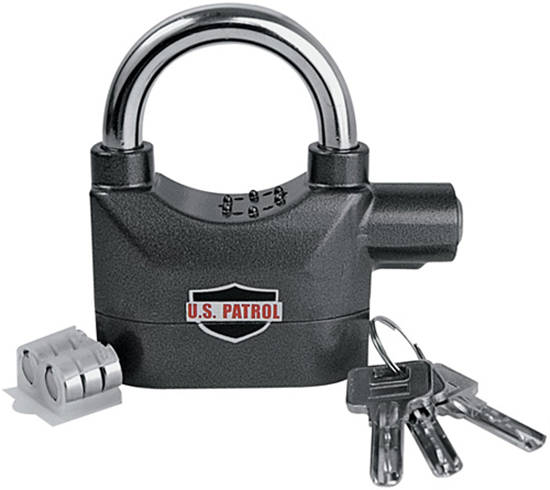 I guess this would be considered a tamper proof padlock as it packs a 110 dB alarm.Â  Not sure how the alarm is triggered as the specs aren't totally detailed.Â  However, I like the idea.Â  What thief wants to be tinkering with a padlock that has a loud siren going off.Â  The US Patrol siren padlock is made of 100% aluminumÂ  and has the option of being locked with or without the alarm siren engaged.Â  Quite a bargain at under $13 here.