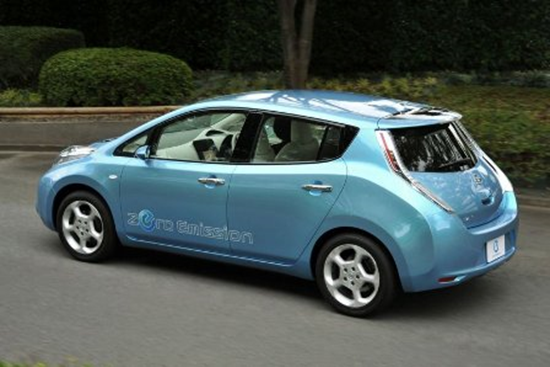 "Cue the pundits. Nissan’s incoming Leaf has just nabbed an official EPA sticker, with a mind-melting 99MPG “equivalent” rating set to grace every single window. That’ll undoubtedly catch eyes, but it’s also likely to spur a huge debate on what “miles per gallon” truly means when you’re throwing a battery into the mix. We actually had the pleasure of driving one ourselves late last month, but we weren’t able to take off on any extended joyrides to really put MPG claims to the test. At any rate, the 99 rating breaks down to 106MPG in the city and 92MPG on the highway, but there’s quite a bit of fuzzy math here that gas guzzlers aren’t accustomed to considering. Nissan claims that the EPA uses a formula where 33.7 kWhs are equivalent to one gallon of gasoline energy, and that the entity also found the Leaf’s efficiency to be 3.4 miles per kWh. Given that the car has a 24 kWh battery pack and can go 73 miles officially, then the EPA says it could theoretically go 99 miles if it had a 33.7 kWh pack. Still, the Leaf has to await its other label from the FTC, but it’s apt to show a range of 96 to 110 miles of range. Head on past the break for the full presser."