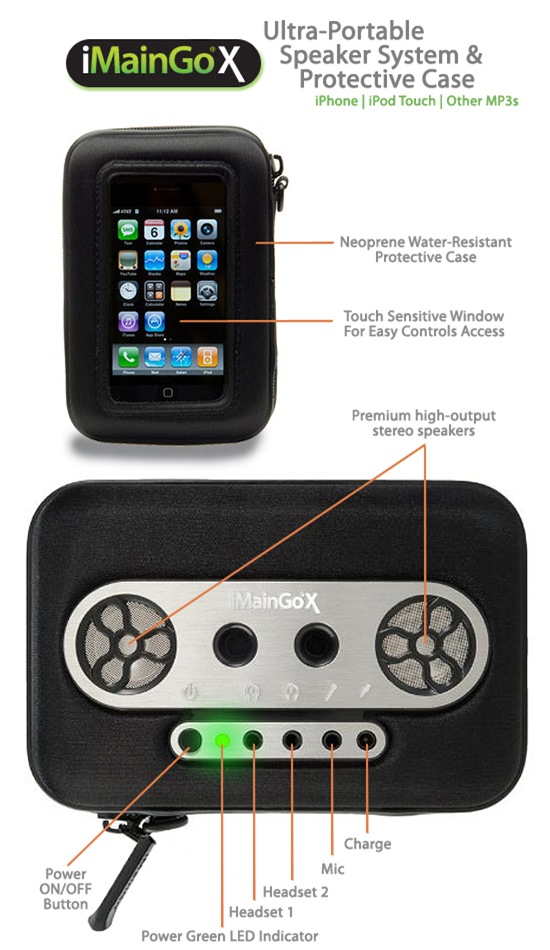 My iPod Touch had the pleasure of being inserted into a cool mini-sound system called the iMainGo X, the big brother to the iMainGo 2. 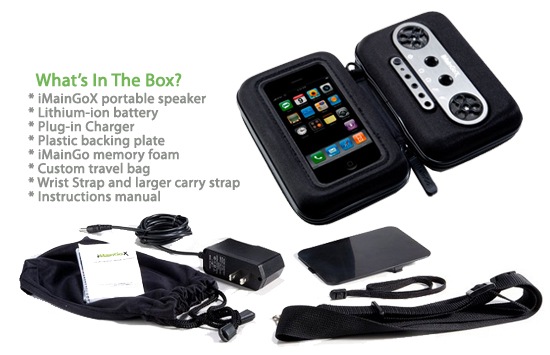 iMainGo X – Portable, ultra-functional, and pretty darn cool, this little gizmo delivers crisp sound with little effort.  My iPod was locked in and zipped up in a matter of seconds.  The touch sensitive screen is your "window" to your media player's playback features , and it is perfect for you OCDers who love a clean iPod.  The lithium-ion battery holds a decent charge (about 12 hours) and is easily rechargeable.  The sound quality is surprisingly good and manages to put out a decent range of highs, mids, and lows.  Those two holes between the speakers are bass ports.

Now a word on the microphone input, which I like to think of as a karaoke feature: hilarious fun.  Ok, that was two words.  Yes, you can play your music on the subway AND sing along with it (microphone not included).  Flash karaoke mob, anyone?

All in all, the unit is solid fun.  I highly recommend it.