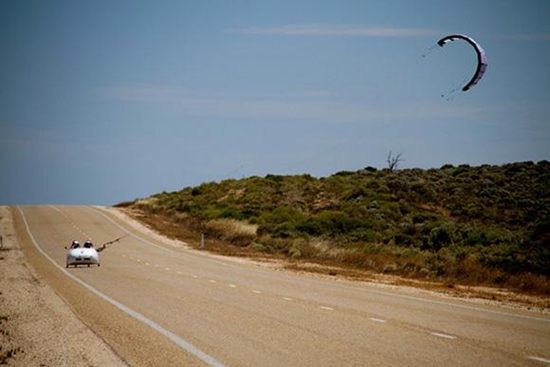 A bunch of records were broken as Dirk Gion and Stefan Simmerer took the Wind Explorer for a ride,  a long ride.  They took their electric car, on an 18 day trip across Australia going over 3,000 miles.  The Wind Explorer is an electric car that is powered by an electricity generating wind turbine and a giant kite.

To go the distance the team charged the electric car at night using a collapsible 20 foot wind turbine.  If winds were strong enough they would deploy a kite to act as a sail.  Video of the team in action after the break.