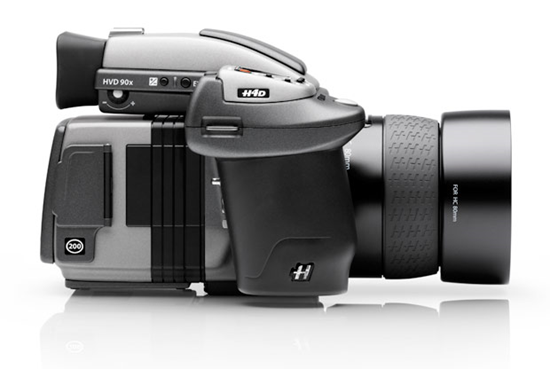 Not sure who has the money for a $45,000 digital camera, but the Hasselblad H4D-200MS looks cool and can shoot up to 200-megapixels (sorta).  The H4D-200MS is actually a 50-megapixel camera that uses a multishot technology combining six shots into one.  This is good for still photography but not for moving objects. The multishot technology works by using a piezoelectric motor that moves the

camera's image sensor a small amount for each of the six photos.

"The camera’s sensor measures 36.7×49.1mm and takes shots with 6132×8176 pixels. When the six shots are combined, each with 16 bits of color depth per pixel, a single raw photo is about 600MB. No doubt that file size is why Hasselblad lets photographers attach a hard drive, though CompactFlash cards are supported.

The camera can shoot at ISO sensitivity settings between 50 and 800.

Another feature you won’t see in your average point-and-shoot is True Focus, a technology to get around the problems of focusing an image on a particular point then moving the camera to recompose the shot. The initial focus point–a model’s eye, for example–is at the center of the frame when focusing. But moving the camera–to show the model’s entire body, for example–can make that eye go out of focus. To deal with this geometrical difficulty, sensors in the the H4D cameras measure the change and adjust the autofocus setting in real time."