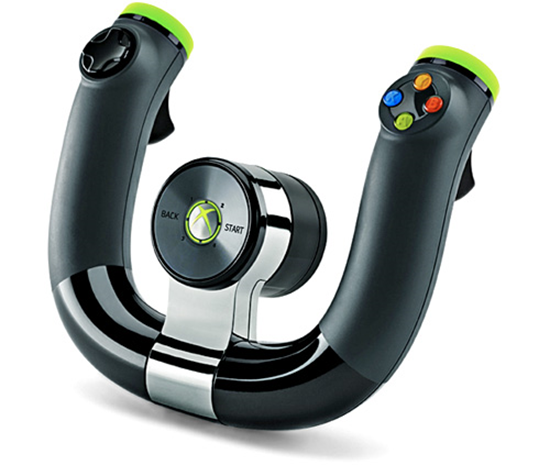 One of the first things I noticed is the signature Xbox 360 controller button layout which includes the trigger buttons.  The Wireless Speed Wheel also comes with haptic feedback, rumble feedback, and green lights on each handle end, not sure how those will tie into future games however.