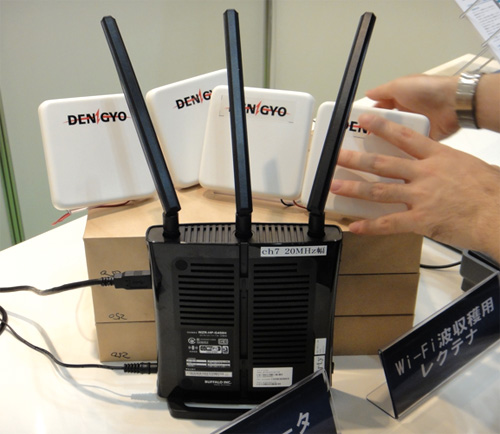 You may remeber RCA claiming that they were close to releasing a product, the Airnergy, which would grab electric power out of the air from WiFi networks and the like.  Well that product still isn’t a reality and RCA hasn’t said much about it either.

Another company, Nihon Dengyo Kosaku, is giving it a go.  The name they came up with is "Rectenna" (too funny) is made up of two other words being "rectifying" and "Antenna".  The Rectenna is hoping that they will be able to grab power out of the air, just like the RCA Airnergy hoped it could, for charging small electronic devices.  I will let the Japanese inventors of the Rectenna explain it with the video below.