For users eager to explore the capabilities of an Android device but not keen on the two year contracts and the $350 termination fees most carriers serve up, then the wi-fi only Samsung Galaxy S 3.6 may be just the device. It serves up the full Android experience without the ability to make calls, 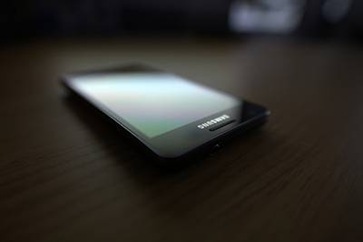 but the specs on the device are still great for anyone who is not ready to commit to a smartphone plan and doesn’t want to pay the high price of most tablet devices.

The Galaxy S 3.6 contains some noticeable downgrades when compared to their line of smartphones, but considering the device is not designed to make calls, the downgrades are negligible to the function of the device. The most noticeable downgrade is the absence of an AMOLED screen. The device features an 8GB or 16GB variety with a fully expandable microSD slot for 32GB of added memory. Despite not having the ability to make calls, the device does feature a 2MP camera on the back and a smaller VGA camera on the front for making voice and video calls using VoIP services like Skype over wi-fi.

With Android 2.3 Gingerbread loaded and a 1GHz OMAP processor, the device has plenty of power to perform every day functions required by many popular Android programs, including games like Angry Birds and Cut the Rope. It also has a 3.5mm jack for sporting earbuds and listening to music. The lack of a calling feature is really the only thing Samsung has left out of this device, as it is fully equipped with an accelerometer, Bluetooth, and it supports a wide variety of video and audio codecs such as DivX and WMV up to 720p resolution. The addition of such great multimedia features makes it great for watching movies and videos when you have access to a wi-fi hot spot.

Despite the lack of actual phone service on the device, there are plenty of ways a user can make and receive calls so long as a wi-fi access is available. Skype is the long standing service that many people use, since it has the ability to grant you a digital phone number that people can call and reach you on your device. Skype recently released broadband dongles as well, so using Skype as the sole phone provider with the Galaxy S 3.6 on the go is a very real possibility. Fring is another popular service that allows VoIP calls, though the user base is nowhere near the population of Skype.
Currently the device is set to retail in the UK in October for £149 for the 8GB version. Users can pay £20 more and get the 16GB version. There is currently no word on when the device will release for the rest of the world or what the pricing scheme will be, so for those outside of the UK, getting one at launch will mean importing the device where possible.