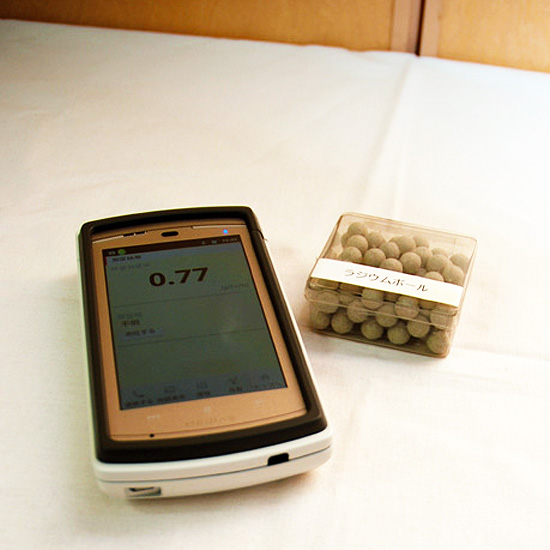 Since the Fukushima nuclear problems, radiation has been on many peoples minds.  Wouldn't it be nice to know if you are actually being hit by radiation?  The folks at Japan's largest phone company, Docomo, are releasing a specialized Smartphone case (and app) that will allow users to measure radiation levels.  The radiation detecting cellphone case will be able to measure levels from 0.01 microsieverts to 100 millisieverts per hour.