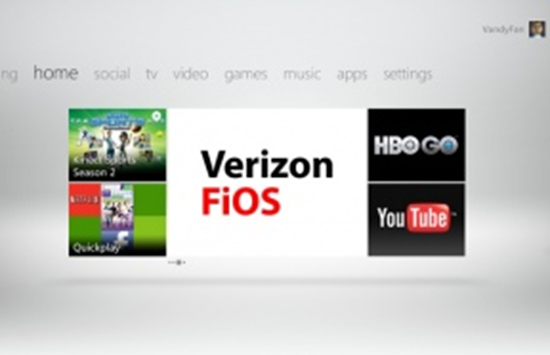 If you are a Verizon FiOS customer and have an Xbox 360 you are in luck.  Microsoft and Verizon have partnered up to offer live HD TV channels on the Xbox 360 without the need of additional hardware.  Initially the channel line-up will be of just a handful of popular live TV channels such as Spike, MTV, Comedy Central, HBO, CNN, Nickelodeon, and Food Network.

As if that wasn't enough the Verizon FiOS application will support the Kinect.  You won't need a remote control, cool.

The only catch is that you will have to have an Xbox Live Gold account.  Expect to see this go live towards the end of 2011.