Tesla finally pulled the wraps off of the all electric Model X.  At first glance it looks a bit small, but it isn't.  The Model X can hold 7 passengers without giving up on luggage space.  In fact, not only is there luggage space in the rear of the car, there is also a bunch of storage up front where a traditional motor would normally be.  More details and pictures after the break.

Some cool features include the rear "falcon wing doors" which are hinged on the top of the vehicle, what appears to be cameras instead of side mirrors, a sub 5-second 0 to 60 time, and a huge LCD in the center of the dash. 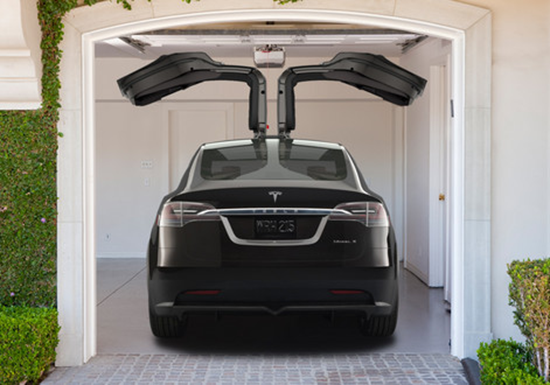 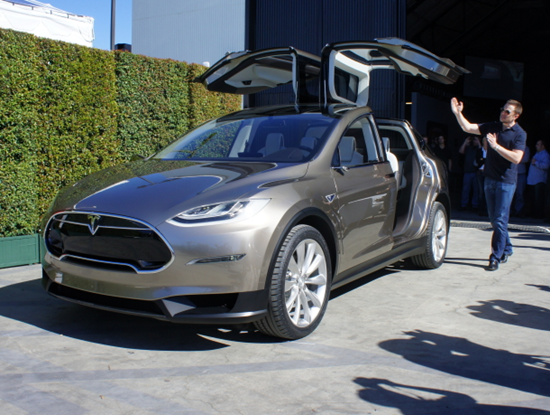 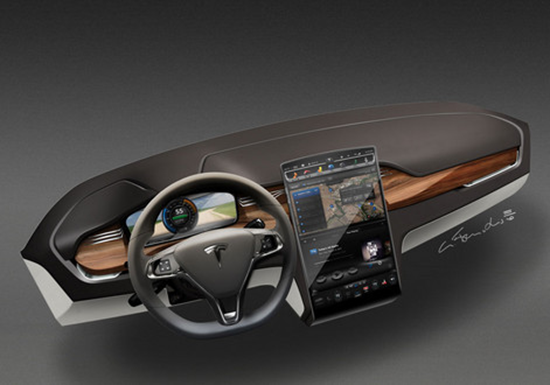