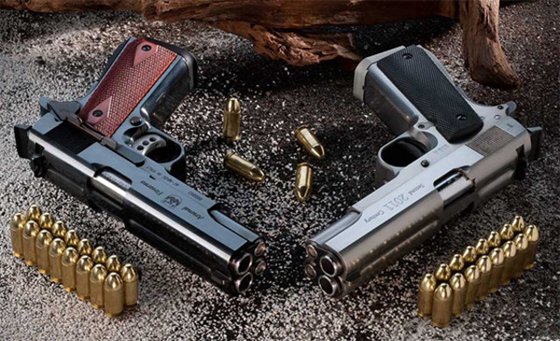 Arsenal Firearms has found a way to make two semiautomatic pistols into a single gun.  The AF2011-A1 (Second Century) will shoot two .45 rounds for every trigger pull.  There is no chance I will get my hands on this in California though because it holds a full 16 bullets and Californians can only be trusted with 10.

The gun can be handled by any shooter able to shoot with a .45 Acp and it is not only very pleasing, but very accurate and great fun. The AF2011-A1 holds amazing and surprising target performance for the shooter: in fact, it will group all the 8 double .45 caliber rounds (16 bullets) held in the duplex, single columns magazines, in a target of the size of an orange at 15 yards and of a water melon at 25.

The stopping power of the AF2011-A1 is tremendous: 2 bullets for a total of 460 Grains weight impacting at 1 to 2 inches apart (depending on the distance of the target) will knock down a bull, while the whole 18 bullets, for a payload exceeding 4000 Grains, can be delivered to the target in about 3 seconds.

Read on for more pictures, details, and video.

Get your wallet out and head to Arsenal Firearms. 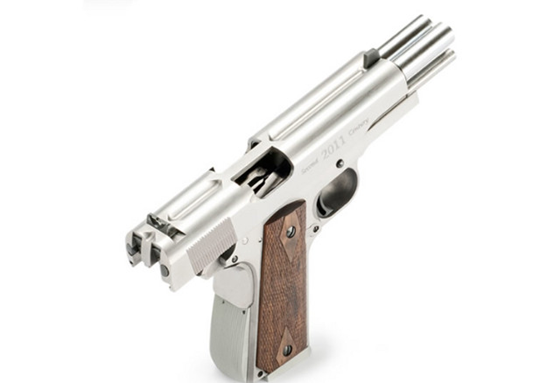 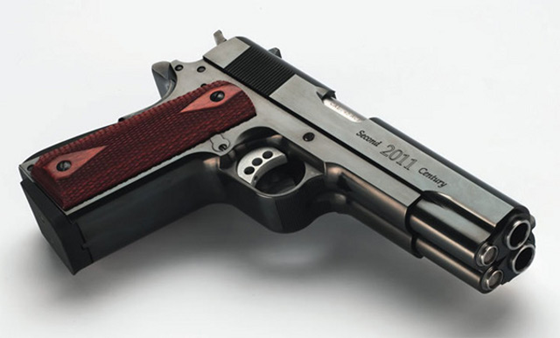 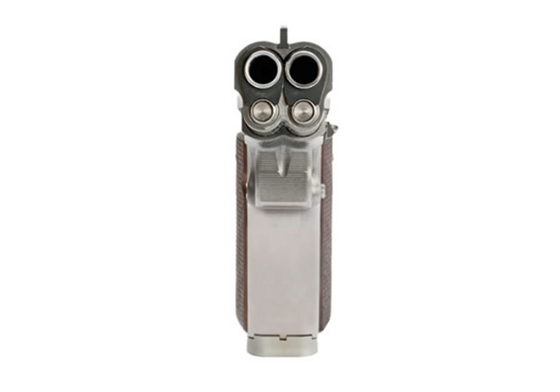 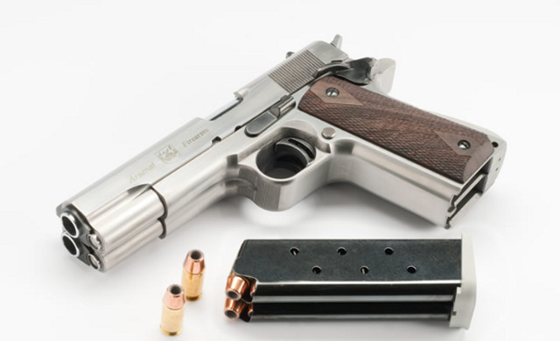