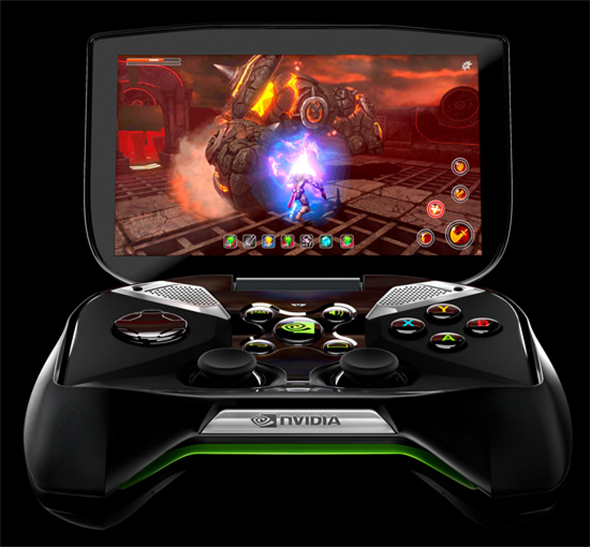 Watch out Nintendo and Sony, NVIDIA is coming for you with their latest gaming gadget, Project SHIELD.  Project SHIELD runs full PC games over Wi-Fi, has a 5-inch display, and can run Unreal Engine 4 tech.  If the 5-inch display isn't large enough you can output to your TV at 4k resolution.

The NVIDIA Project SHIELD starts off with a beefy Tegra 4 chip, a quad-core ARM

Cortex-A15 CPU, an HDMI port, micro USB, USB, microSD card slot, and a 3.5mm audio out.  The 5-inch display supports 1280×720 resolution with 294 PPI density.  As for battery life, you can expect between five and ten hours of gaming or twenty four hours of HD video playback.