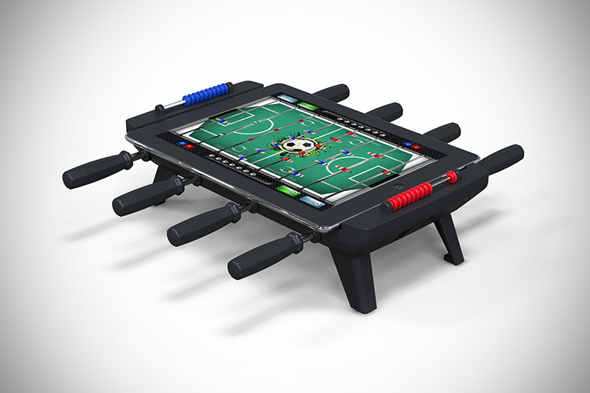 While most games seem to have migrated to the iOS app store and specifically the iPad, some games just don't fit a flat screen.  While there are Pac Man style games on the iPad, the Joystick is better suited for that style of game.  Same thing goes for Foosball.  You just need to have the real handgrips for this type of game.

The creative folks at New Potato Technologies have merged the iPad with Classic Foosball ($99).  They did this by making a mini foosball table that uses the iPad (version 1/2/3) as the screen with real handles.  Hard to imagine, but pretty damn cool.  Check it out in action after the break.