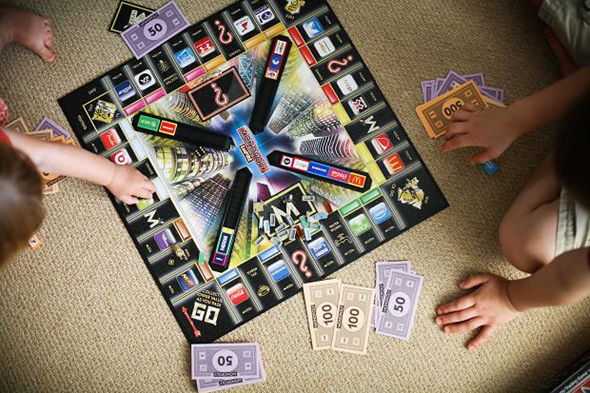 Don't have the time or energy to play a full game of Monopoly?  Check out Hasbro’s latest version of the game called Monopoly Empire.  The main difference is that the game can be played from start to finish in about 30 minutes.

I guess this shorter attention span version of Monopoly can now be called Monopoly for kids.  The Monopoly Empire version differs from the traditional version of the game in that a player can win by simply collecting a certain number of assets before the other players.

Hasbro vice president of marketing Jonathan Berkowitz says the new Monopoly was a result of feedback from parents and children, who say "they want a quick in-and-out, frictionless gaming experience."