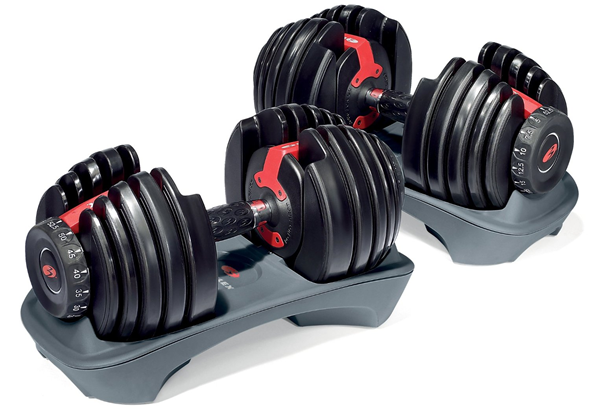 For those of you who haven't seen or used the Bowflex SelectTech Adjustable Dumbbells let me begin with the basics of how they work.  At both ends of the dumbbell are a selector wheel that allows the user to adjust the weight from 5 to 52.5 pounds.  The weight is adjusted in 2.5-pound increments for the first 25 pounds, and then at 5-pound increments to 50 pounds (and back to 2.5-pounds for the highest weight of 52.5-pounds).  Once you have the desired weight set you simply lift the dumbbell out of the included plastic base.

The nice thing about these dumbbells is that you don't need to have a full rack of 15 sets of weights.  You just need one pair of the Bowflex SelectTech 552 Dumbbells ($299). 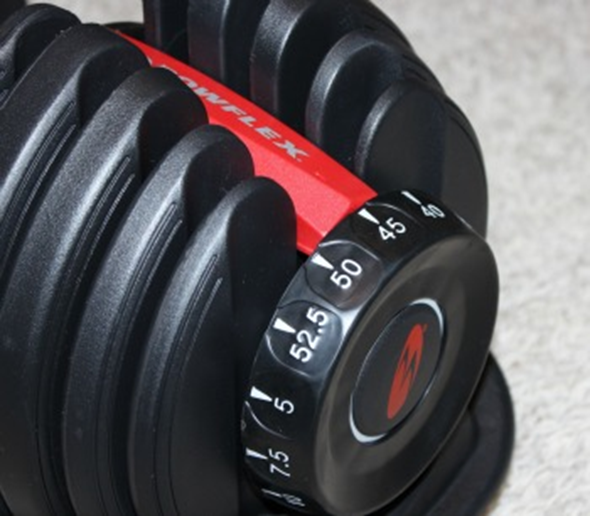 There are a few negative bits about the Bowflex 552's weights.  My main gripe is that my weight selector dial is a bit gritty.  It sounds and feels like sand is in the mechanism.  They still work fine, but the dial doesn't turn/click smoothly.  The dumbbells are a bit longer than standard dumb weights but still feel balanced and manageable.  Lastly, don't drop them on the ground like regular dumbbells or they will not last long as there is a fair amount of plastic.

Even with the few negative items, I would buy the Bowflex SelectTech 552 Dumbbells again.  The are good for intense workouts like p90x because it is so quick and easy to change the weights.  I highly recommend spending the extra $112 and buying the Bowflex SelectTech Dumbbell Stand.  It not only looks good, but is also very sturdy, and gets the weights off of the floor. 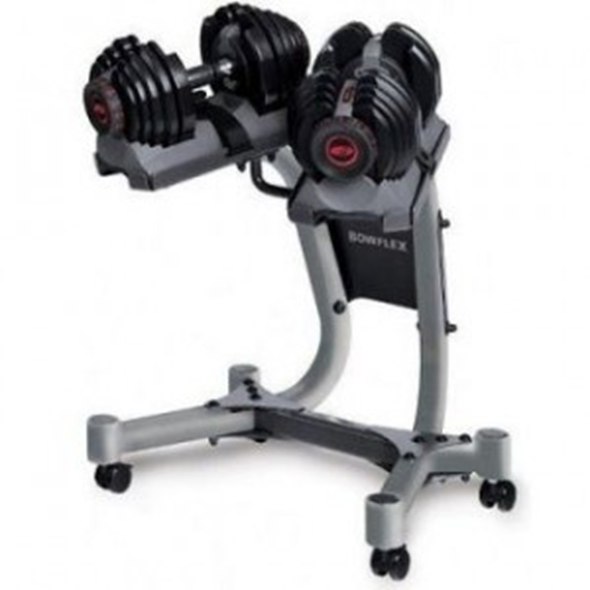