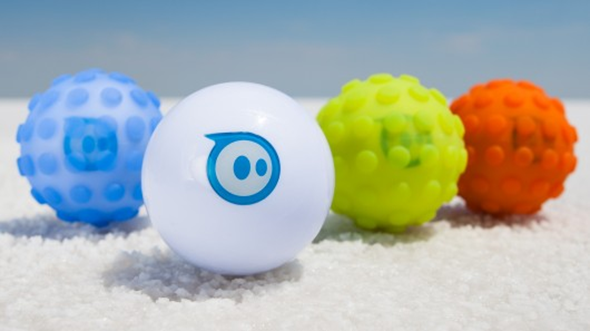 Remember the Sphero?  The little robotic ball that was controlled via a smartphone via Bluetooth has just gotten an upgrade.  The Sphero 2.0 is faster, brighter, and smarter.

The Sphero 2.0 looks just like the first version but now has a better transmission and lower center of gravity allowing it to go 7 feet per second.  Twice as fast as the original.  It is quick.

You also get newer multicolor LEDs that are three times brighter and have more colors than the human eye can detect.  The cool feature is that the speed and colors increase the more you use the ball and the better you get at controlling it.  Video of the Sphero 2.0 in action after the break.