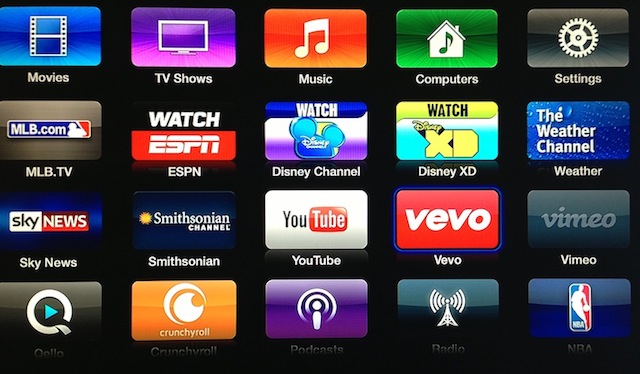 If you have Apple TV look for the over-the-air update that will bring some pretty cool new apps including Disney Channel, Disney XD, The Weather Channel, VEVO Music Videos, and Smithsonian.  The one catch, which isn’t anything new, is that you will have to be a cable subscriber to these services in order to watch/record them.  Apple has been busy lately… this update is right on the heals of the last update that included HBO GO, ESPN, and SkyNews.