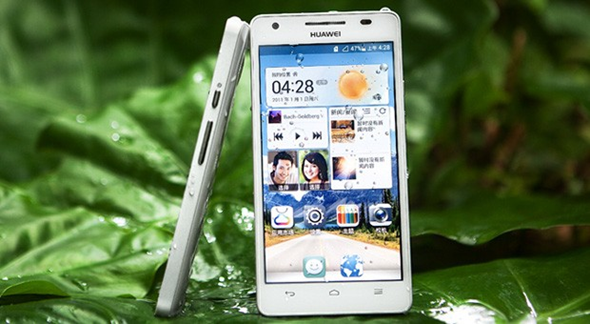 For folks in the US who haven't heard of Huawei (pronounced WAH-WAY), they are a pretty big manufacturer of electronics in China.  Well today Huawei announced their latest Smartphone that is IP57 rated for water and dust resistance.  They also have a high-sensitivity touchscreen that will work with wet hands.  Another cool hardware feature added is an IR blaster so you can use it as a remote control without adding another widget.  Specs are 1.5GHz K3V2 Quad-Core chip, 4.7-inch 720p LCD, 13-megapixel rear camera, and a 1-megapixel front camera.

All of that is fine and dandy.  But I wish the white box Android phone guys would focus on some cool software features instead of just adding different hardware specs.  For example, replace Google Now with a better virtual assistant?  One that doesn't just perform search results would be a good place to start.  Seems like this area is ripe for the picking.