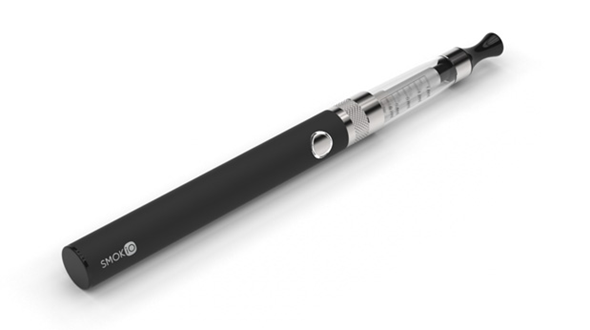 No surprise that smoking cigarettes is bad for you.  I wouldn't say that smoking/vaporizing with an eCigarette is good for you, it is most likely better than the typical cigarette.  It has been interesting watching the eCigarette's grow in popularity as they involve and improve.  This latest hop in technology from Smokio takes it to the next level.  The Smokio is a "smart" eCigarette that synchs up with your smartphone (Apple iOS or Android) and tracks where you smoked, how much you smoked, and even the equivalent number of "analog" cigarettes you would have smoked.  You can also check battery life and adjust how much smoke/vapor you will get with each drag.  Price and availability to be announced when they launch their kickstarter.

What’s in the box?

The free mobile app is available on the App Store and Google Play. No computer needed. No smartphone in the box.