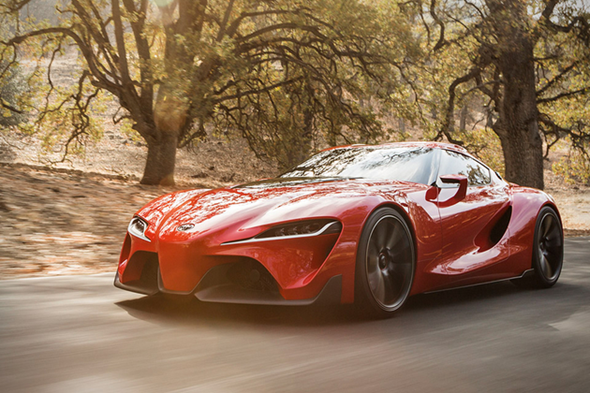 Believe it or not, this Toyota concept car originated from Calty Design Research for the Playstation game Gran Turismo.  Now this concept car, the Toyota FT-1, has actually been built.  The FT-1 has a front engine with rear wheel drive.  The car looks awesome and will hopefully become a full production car.  Video and details after the break.

The Toyota FT-1 concept is a pure performance, track-focused sports car model created by CALTY Design Research, Toyota’s North American Design branch. The FT-1 concept is a symbol that captures elements of the emotion and energy we can expect to see in future Toyota vehicles designs. Its design is heavily influenced by Toyota’s long sports car tradition that includes vehicles such as 2000GT, Celica, Supra and most recently, FT-86 (Scion F-RS).