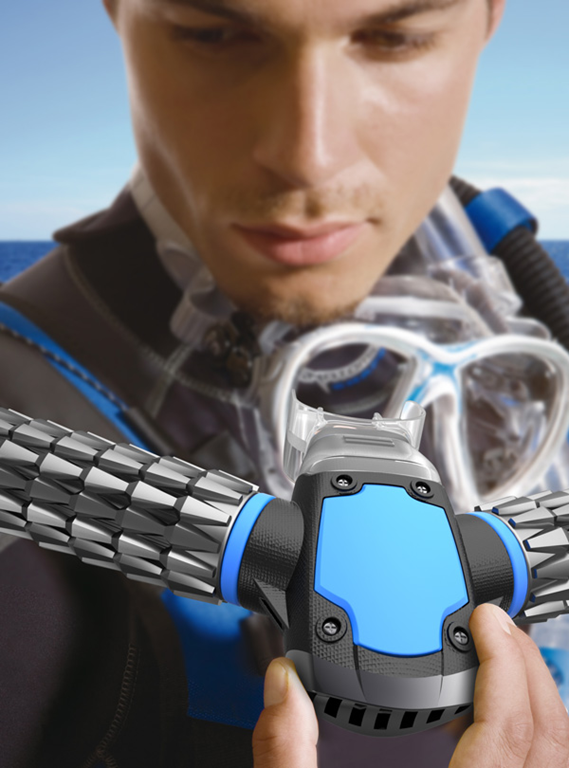 Huge props on some great rendering images and Photoshop skills.  Medium props on a very cool idea that may/may not ever become a reality.  The idea behind this underwater breathing apparatus is that it will act like an artificial fish gill, essentially extracting oxygen from the water.  Sounds good, but only time will tell if it will become a reality.  Light details and more cool pictures of this underwater oxygen creating dive mask after the break. 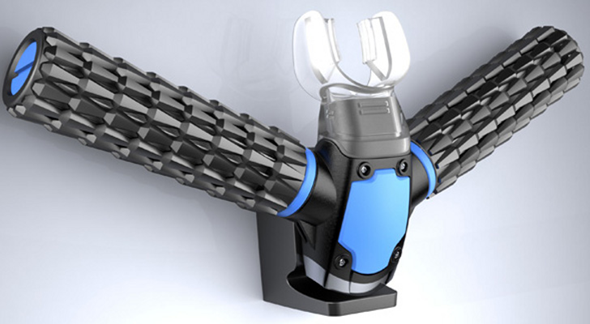 – It extracts oxygen under water through a filter in the form of fine threads with holes smaller than water molecules.
– This is a technology developed by a Korean scientist that allows us to freely breathe under water for a long time.
– Using a very small but powerful micro compressor, it compresses oxygen and stores the extracted oxygen in storage tank.
– The micro compressor operates through micro battery.
– The micro battery is a next-generation technology with a size 30 times smaller than current battery that can quickly charge 1,000 times faster.” – Yanko Design 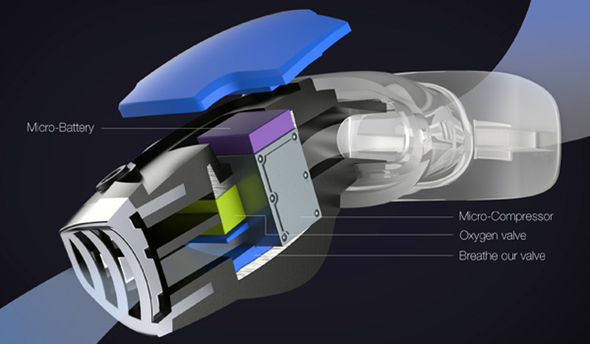