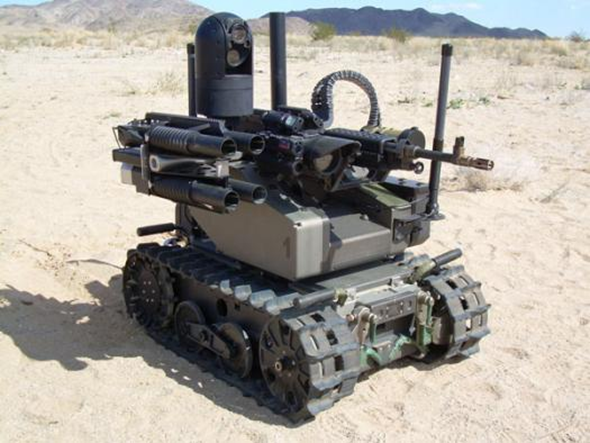 According to General Robert Cone the US Army will lower brigade sizes from 4,000 to 3,000 soldiers making up the difference with robots.  The robot soldiers will reach their peak between 2030 and 2040.  While it sounds a bit shocking, this type of change is already being heavily tested and used today.  Where we once had pilots in planes we now have drones.  Eventually snipers will be robots and accuracy will actually improve.

Moving from the adoption of new technologies to actually making doctrine that relies on the new technology would be a huge step for the military. Cone’s comments suggest that the military is at least willing to consider a day when soldier and robot will fight alongside one another.