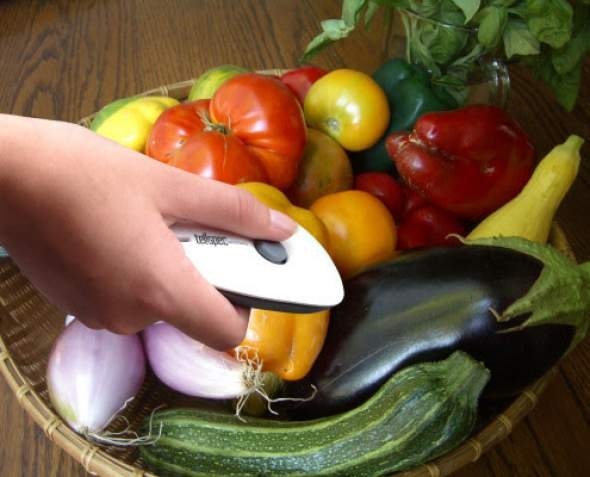 TellSpec Inc., developer of the world's first consumer food scanner, today announces it has integrated a Texas Instruments DLP device into the TellSpec food scanner. The TellSpec scanner will identify calories, macronutrients, ingredients, allergens and chemicals in food and beverages, and inform consumers about the relationship between food composition, consumption and health. The first TellSpec food scanners are expected to be delivered to beta food testers and developers in Q2 2014.

"Thanks to a new era of open information, today's consumers are no longer passive; they are empowered to be more informed about what they're eating and the choices they're making,” said Isabel Hoffmann, CEO of TellSpec.  "Food technology companies can now provide access to promising new threads of knowledge for consumers "“ and TellSpec is leading the movement when it comes to food ingredients and safety."

TellSpec brings together spectroscopy and a unique mathematical algorithm in a revolutionary system that allows consumers to check what's in their food as easily as they check their email. The updated model of the TellSpec food scanner will no longer use lasers and instead will implement TI's DLP technology, which can support one million programmable micromirrors and a broadband lamp.  Thanks to the collaboration with Texas Instruments, TellSpec's biotechnological innovation and the expansion of TI’s award-winning MEMS technology are helping transform consumer access to information.

TellSpec brings together spectroscopy and a unique mathematical algorithm in a revolutionary biotechnology system that can tell you what's in any food. TellSpec has three components: a pocket-sized scanner to capture the spectrum of the food, a unique algorithm to analyze the data, and an app to report the findings on a smartphone or any computing device. TellSpec filed a U.S. patent application on August 5, 2013, for its method of analyzing and correlating spectra, identifying samples and their ingredients, and displaying related personalized information.