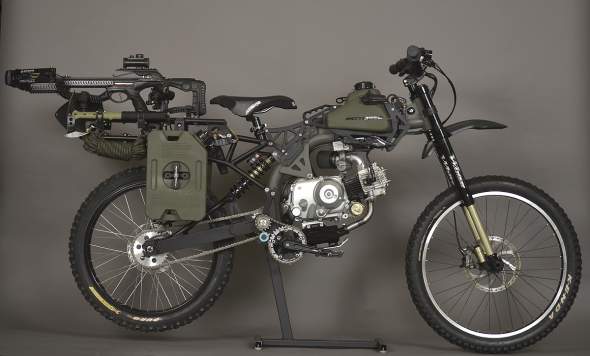 You may remember the Motoped from our 2013 post when they were still on Kickstarter. Well they are still at it making awesome bike/motorcycles… dubbed Motopeds.

Motoped’s latest trick is the Loaded Survival Bike ($TBA) which comes packed with tons of cool survival gear. Some of the gear on this beast include; an extra one-gallon gas tank, a crossbow, a shovel, a harpoon, a tomahawk, a lighting system, a fixed blade saw, climbing rope, carabiners, a flashlight, two multi-tools, a multifunction knife-light, and a smartphone mount.

More pictures after the break. 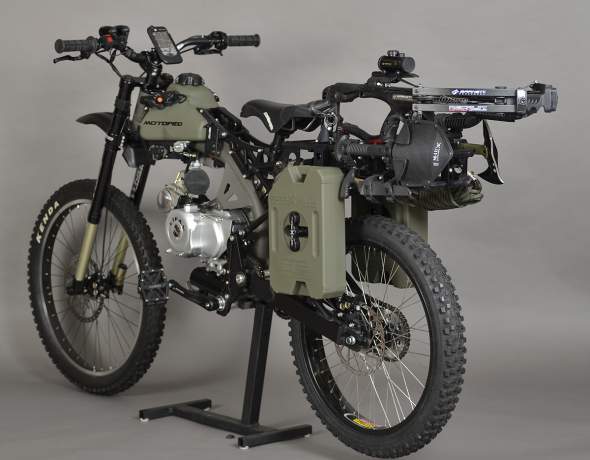 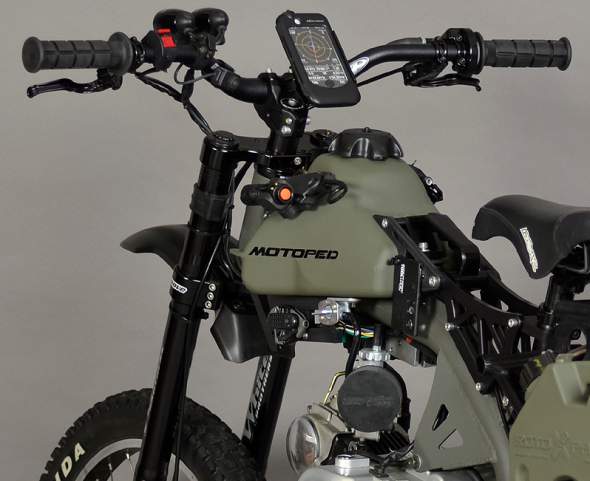