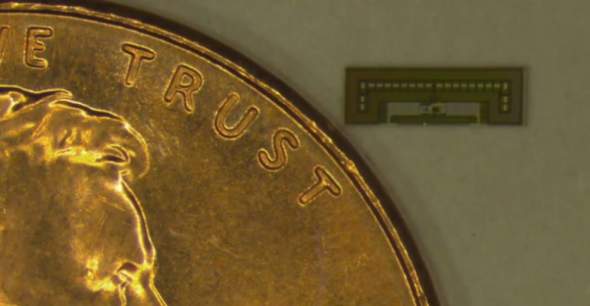 Imagine a radio-on-a-chip that is about the size of an ant and needs no battery or external power source. The smart kids at Stanford University and UC Berkeley have created a prototype radio that gets power from ambient radio waves. Not only is it small and self contained with no need for power, it is also cheap to manufacture.

When this technology makes it to the real world these radios will be on just about every gadget out there for sensing and communicating data.

“The next exponential growth in connectivity will be connecting objects together and giving us remote control through the Web,” said Amin Arbabian, assistant professor of electrical engineering at Stanford, and the principal designer of the new devices. “We’re ultimately talking about connecting trillions of devices.”

This new technology will bridge the gap between our existing infrastructure, internet, computers, and smartphones, making the leap to all gadgets via this wireless controller/radio.

“How do you put a bi-directional wireless control system on every lightbulb?” Arbabian said. “By putting all the essential elements of a radio on a single chip that costs pennies to make.”‘