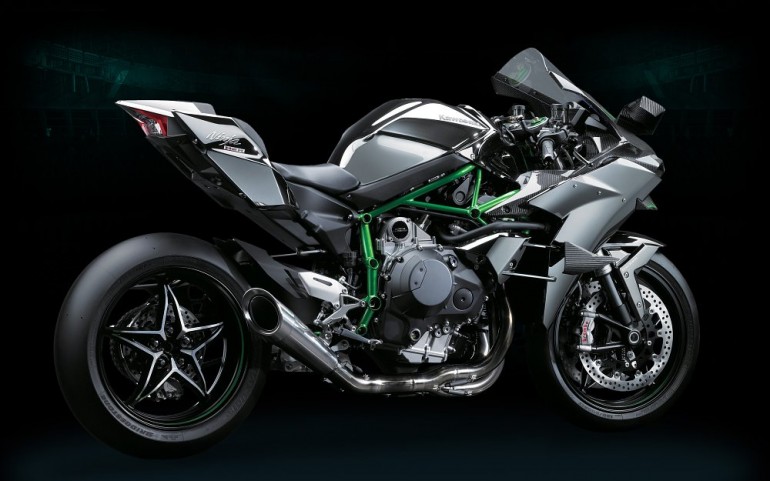 Remember the 1970’s Kawasaki H2? It was one of the baddest bikes around at the time and had a 3-cylinder 750cc 2-stroke engine. Well, Kawasaki is talking about reviving the H2 in 2015. The 2015 Kawasaki Ninja H2R blew through most motorcycle enthusiasts wildest dreams with a supercharged monster with 300 horsepower.  Read on for more photos and details of the Ninja H2R after the break.

It all starts off with a 998cc, inline four cylinder engine and gets a supercharger. Again, the 2015 Ninja H2R will have 300 horsepower! That is more than most 5-passenger cars. Heck that is only 30 horsepower away from a MotoGP race bike.

This production bike will make it up for sale, but not as a street legal bike. This bike will be a track bike only. Not to worry, they will also be making a H2 version for riding on the road. No details on the H2 yet, Kawasaki will be unveiling that at EICMA in November.

The bike has a cool kawasaki green frame and lots of carbon fiber bits that look like wings. The rear wheel is planted via a single sided swing arm, suspension is KYB adjustable, and the brakes are Brembo radial monoblocs. Did I mention 300 horsepower? Ouch! 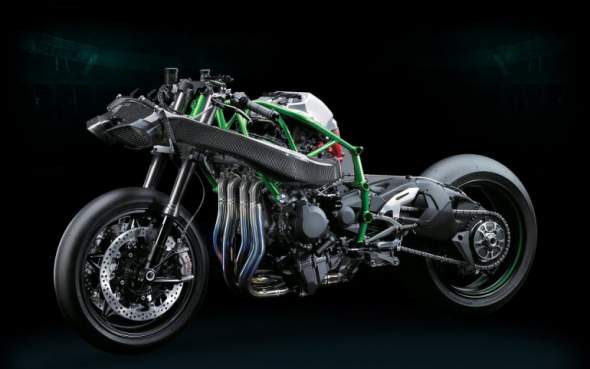 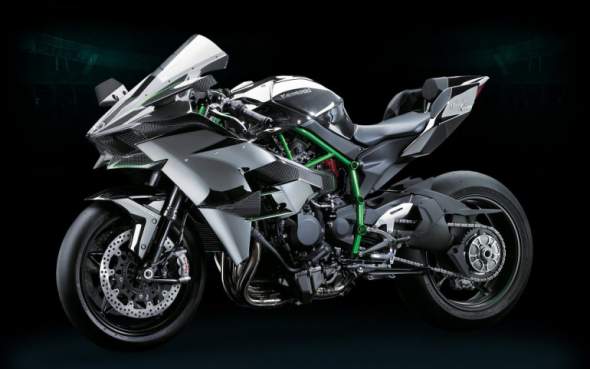 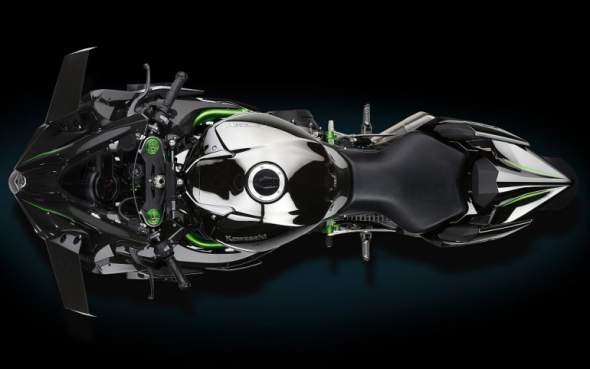 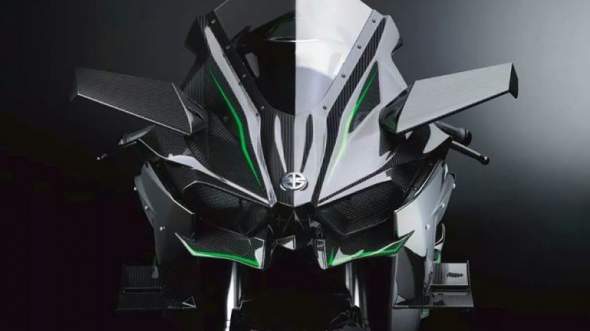 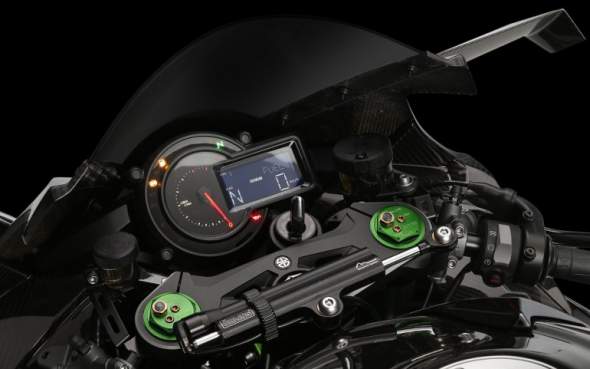 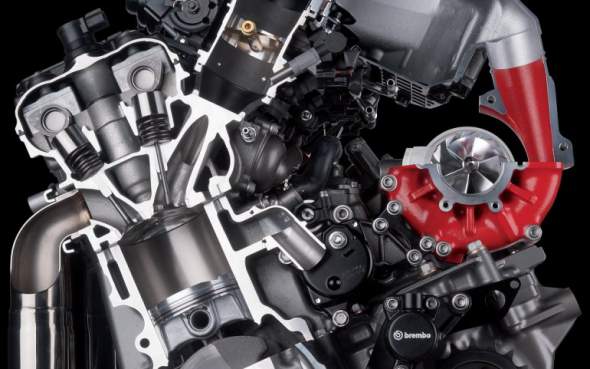 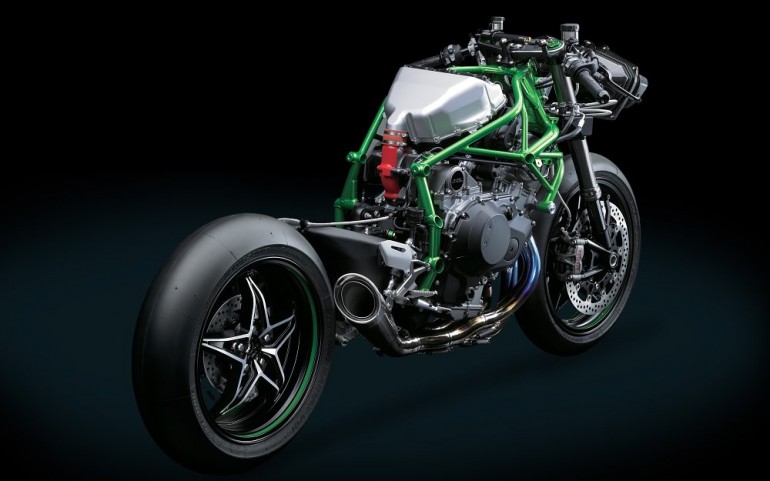