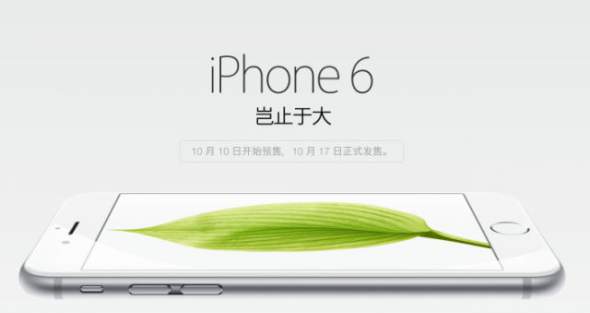 Apparently the iPhone still has serious demand in China, even after all of the phones that have been smuggled over via human-mules. The iPhone 6 and iPhone 6 Plus go on sale in China on October 17th but that hasn’t stopped carriers from accepting pre-orders. Over 2 million pre-orders!