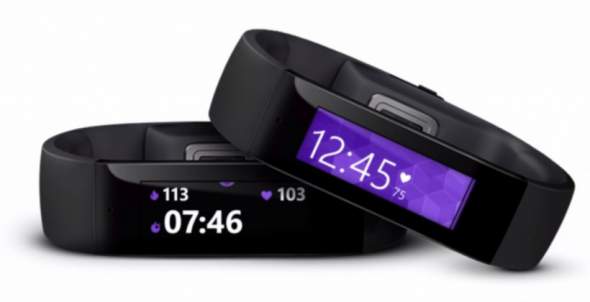 The screen is a 1.4-inch touchscreen and is also used to display emails, phone calls, texts, and social bits like Facebook and Twitter.  Battery life is expected to last about 2 days. Yours for $199 via Microsoft. Video of the Microsoft Band after the break.