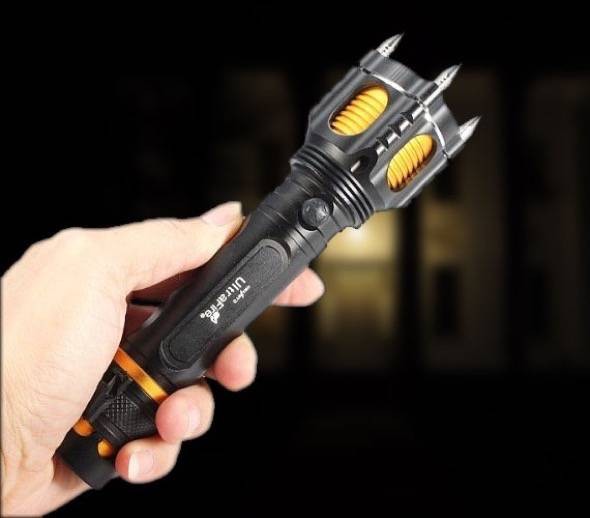 The last thing you want to think about when walking around in the dark with a flashlight is bumping into a scary nut-job. But if you do, you better hope your flashlight is an UltraFire Tactical Self Defense Torch ($27) which comes equipped with spikes and an audible alarm.

The UltraFire Tactical Self Defense Flashlight puts out a whopping 2000 lumens via a CREE XM-L T6 LED. There are five lighting modes (High, medium, low, strobe, and SOS). The light and siren are powered by a single 18650 battery and comes with the included battery charger.