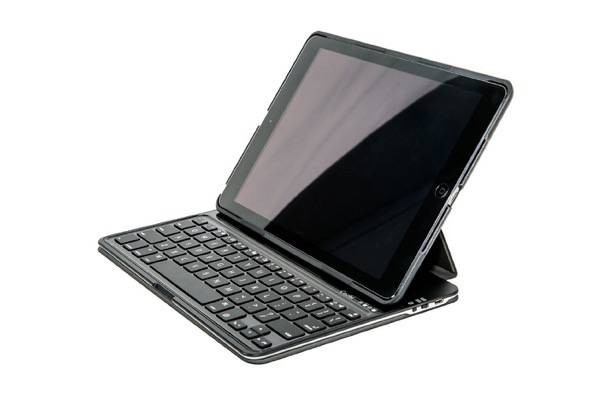 In the sea of iPad Bluetooth keyboard cases few stand out as cool or functional, and even fewer as cool AND functional. I admit, I experimented with a number of iPad keyboard cases over the years, but my most recent came the closest to what I've been looking for. A friend recommended the Cazbi as a reliable newcomer to the iPad accessory scene, and I gave it a shot. Cazbi makes a detachable backlit keyboard and magnetic case combo that fits my iPad Air2 like a glove. Also, as much as I love my iPad Air 2, it is not very accommodating for serious typing "“ banging on glass is not my thing. Also, if you happen to have the earlier generation iPad Air (1) it will work as well.  Read on for details of my experience with the Cazbi iPad Air Bluetooth Keyboard Case.

In addition to an amazing keyboard the Cazbi also does a great job protecting the iPad Air. All that said, I was looking for something more than a cloth drape offered by some, and much less than a block of metal or silicon offered by others. After all, I wasn't planning on documenting my scaling of the Everest, my frequent parkour excursions across the Pyongyang, or my frequent weekend Deep Blue Hole dives in Belize.  All I wanted from the Cazbi keyboard case combo was a solid backlit keyboard that I could actually type on, and a case that would protect the iPad from an occasional slip. It exceeded my expectations in regards to both. 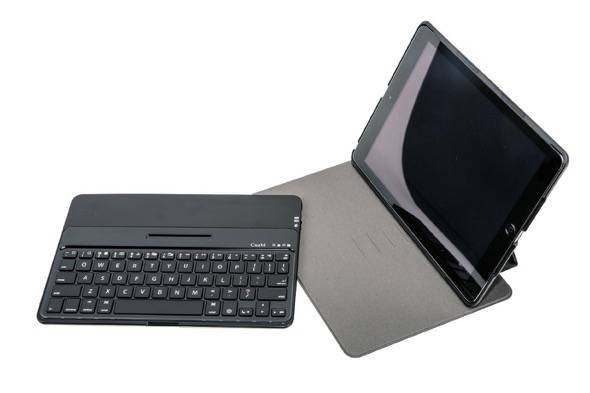 When the unit came, I found the unassuming brown packaging to be actually informative, showing off a variety of ways in which the detachable keyboard could interact with the magnetic case. Let's just say there are many positions, more than an average user would need, but it's nice to have the options. One of the cool positions allows folding the keyboard under the iPad, reducing its footprint without having to take the iPad out of its case. 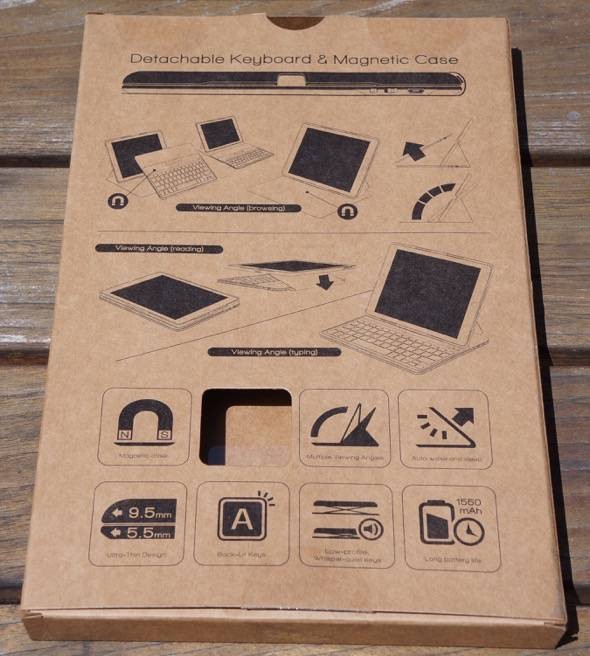 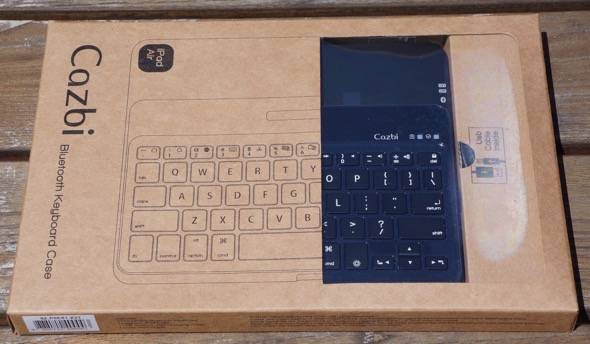 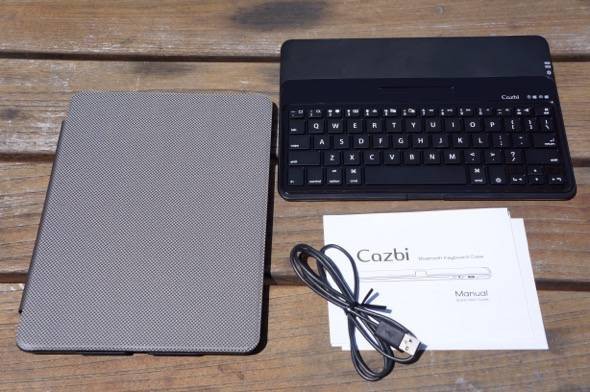 The tiny manual plus the instruction on the packaging were way more than enough to get things set up, the battery was charged, and I got started within minutes of unpacking. The backlighting keyboard feature is very nice, at its brightest is perhaps too bright for most "“ I ended using a lower more mild setting. The Cazbi keyboard itself has a light clicky feel, and good spacing for a portable keyboard. The keys responses are very even, I can't stand cheap keyboards where you have to hit a key dead center (especially annoying on uneven spacebars).

One thing I noticed from the specs on the package, Cazbi went with a whopping 1550mAh rechargeable Lithium Polymer battery for the keyboard, meaning loooong times between recharges. In addition to the Bluetooth detachable keyboard and the magnetic case, the box contained a USB to Micro USB charging cable. Pictured below are the Bluetooth pairing button, on/off switch, and Micro USB port. 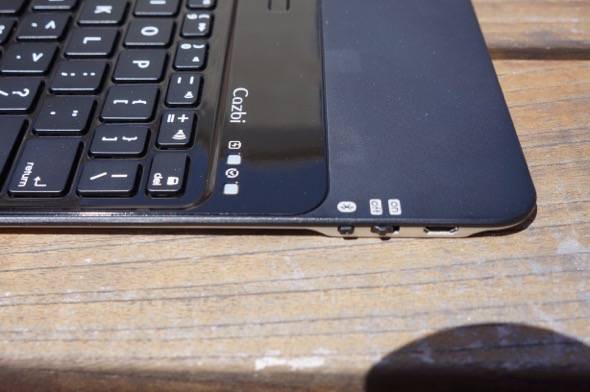 Also, the case came configured for the iPad Air 2, but if someone has the older iPad Air, the 3M foam can be peeled off to accommodate the slightly thicker iPad Air "“ nice touch! 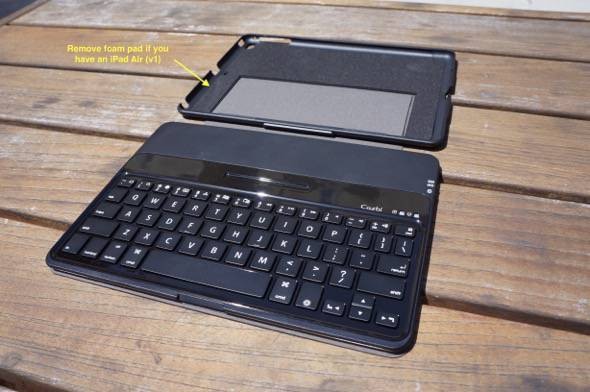 You can get your Cazbi Bluetooth Detachable Keyboard and Magnetic Case for around $69 here. 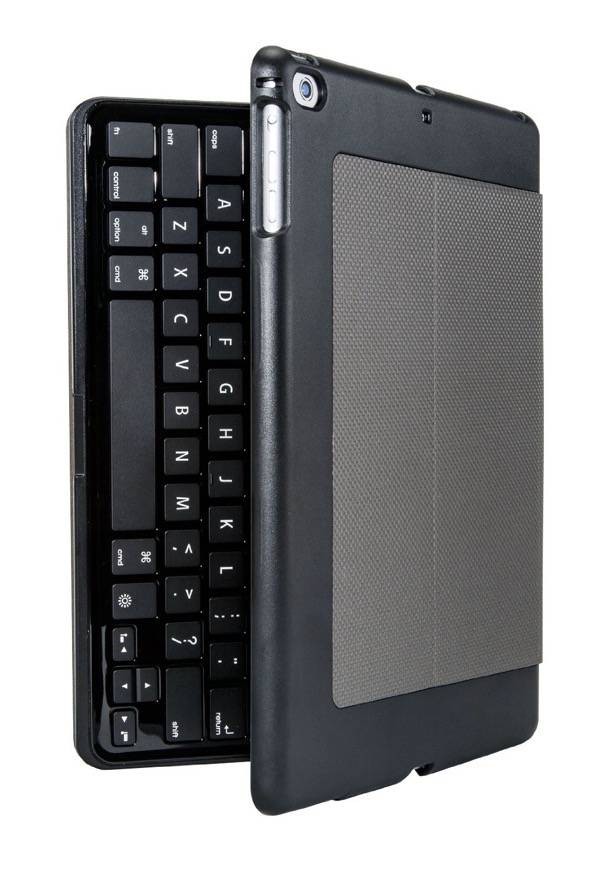