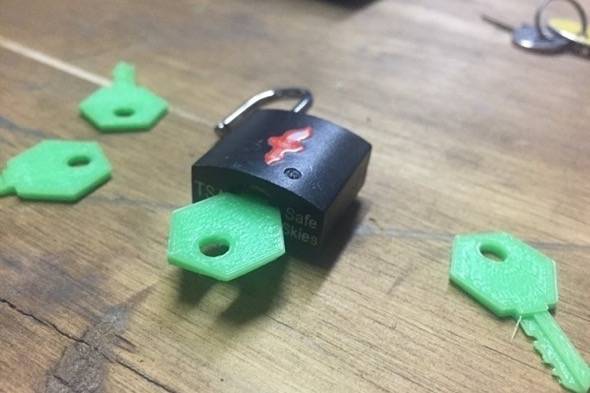 I am not a big fan of the TSA screeners. They are often, but not always, a few clicks above brainless zombies. As a kicker, they are also often quite rude. I have had more than a few run-ins with stupid and rude TSA employees. I could go on… but won’t.

I will say that it isn’t surprising that the TSA friendly locks, another dumb idea by the way, has been rendered pretty much useless. The Washington Post inadvertently published a picture that showed all seven TSA master keys sitting on a desk. Shortly after sone security experts copied the designs and released the 3D models online.

What does this mean? It means that anyone with access to a 3D printer and the internet can make a set of TSA master keys. It was only a matter of time.