TRENDING
Navigate
Categorized as
1702
Tagged as
List of Siri commandsWhat can Siri do?
Related 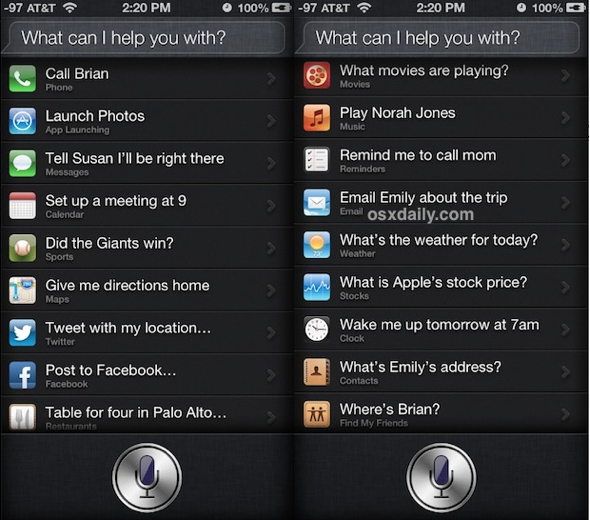 If you have an iPhone, or Apple iOS device, you have probably used Siri. Siri is pretty handy, and often the quickest way to handle many tasks. However, just like our brains, most of us aren’t even scratching the surface.

You could ask Siri “what can you do?”. That will provide a decent list of some items. But if you want to know, almost, everything Siri can do, you can head over to hey-siri.io. The list of Siri commands is long and impressive. It does everything from calculations to launching apps and just about everything in between.