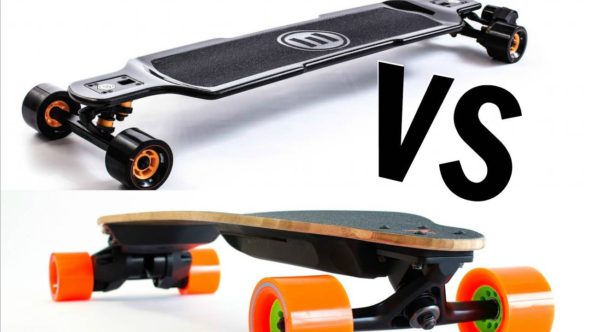 Let me start off with a bit of spoiler alert – both boards are great and the comparisons are tough to do in an apples-to-apples fashion. With that said, let’s discuss the merits of both the Boosted Boards Dual+ (with extended battery) and the Evolve Skateboards Carbon GT. Read on for details. 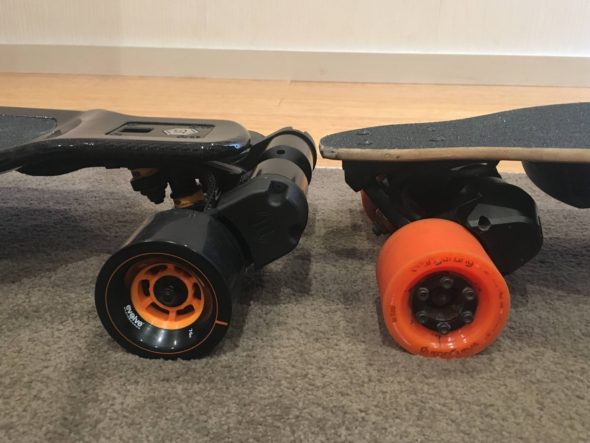 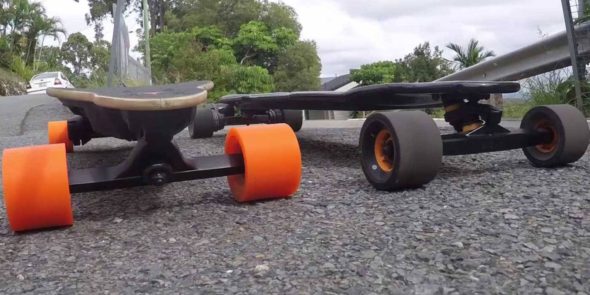 Instead of hopping back and forth between the Boosted and Evolve boards I am going to write a paragraph about each and then a spec comparison of them after. 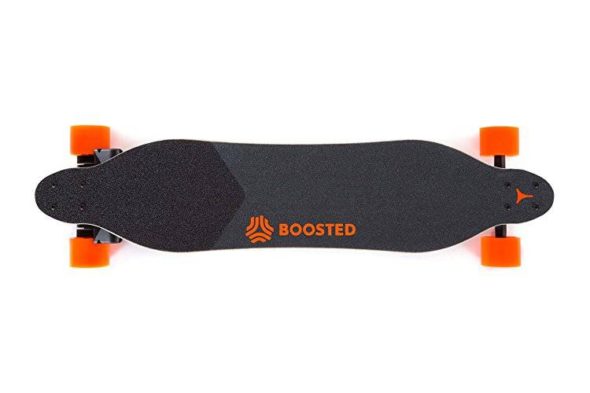 The Boosted Boards brand has been at it for quite a while. Their boards, controller, technology, batteries, and customer support have many miles on them. The Boosted Boards Dual+ (with extended battery) is a rock solid board and tends to be a favorite amongst riders. It reminds me of the Subaru STI vs Mitsubishi Evo battles where the Mitsubishi Evo would win by a hair on certain specs, but the reviewers always wanted to drive the Subaru when given the choice. There is just something about the Subaru STI and the Boosted Boards Dual+ that is difficult to quantify. One area the Boosted Boards clearly wins over the Evolve Carbon GT is in the controller. The Boosted controller has a dead-switch so you have to be holding it to make it work. This is nice because your skateboard won’t go driving off when you put your controller in your pocket. The Boosted controller also has a much more linear (natural) feel and better braking. None of these items should be taken for granted. The Boosted Boards Dual+ with the extended battery is cheaper at $1,599 and lighter at 16-lbs. Another perk is that if you have the standard battery you can take your skateboard on the airplane with you… all others with bigger battery packs can’t fly. 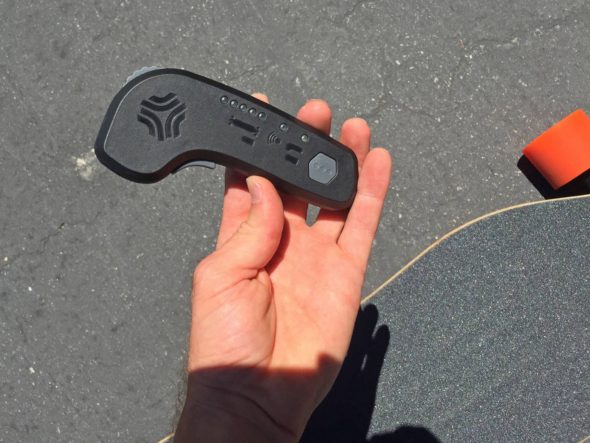 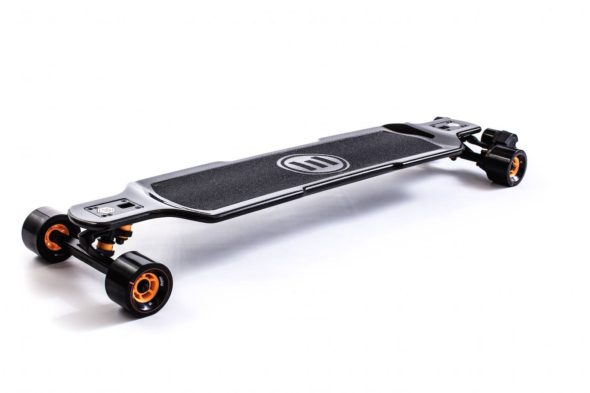 Evolve Skateboards is a relative newcomer to the electric board arena although they have been working on their gadgetry for a few years now. They certainly came out swinging with some good looking boards and the option for a taller (all-terrain) wheel option. The Evolve Carbon GT has some serious power with 3,000 watts of power for a serious top speed (22-26-mph) and range (30-miles). It is hard to argue with a 30-mile range for the longer commutes. The hill gradient at 25% is pretty impressive as well. Turning radius is also pretty good on the Evolve boards. 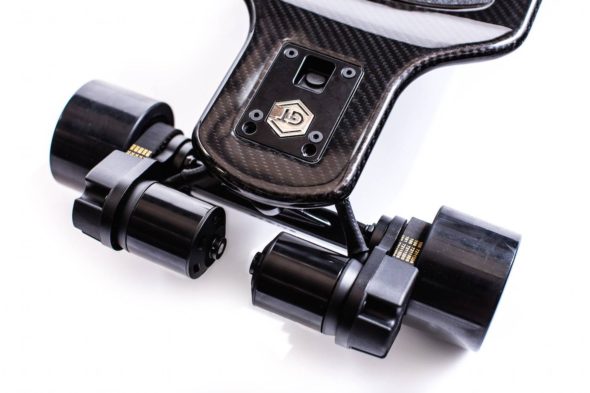 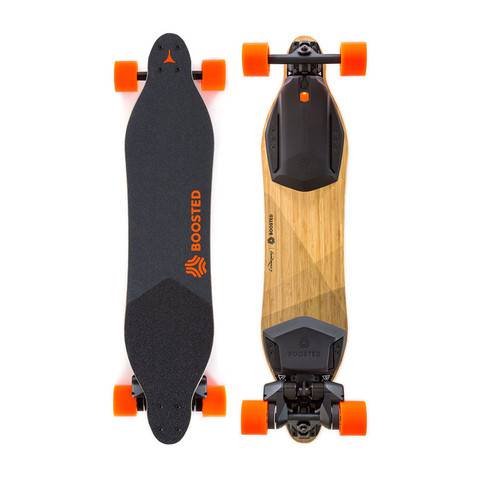 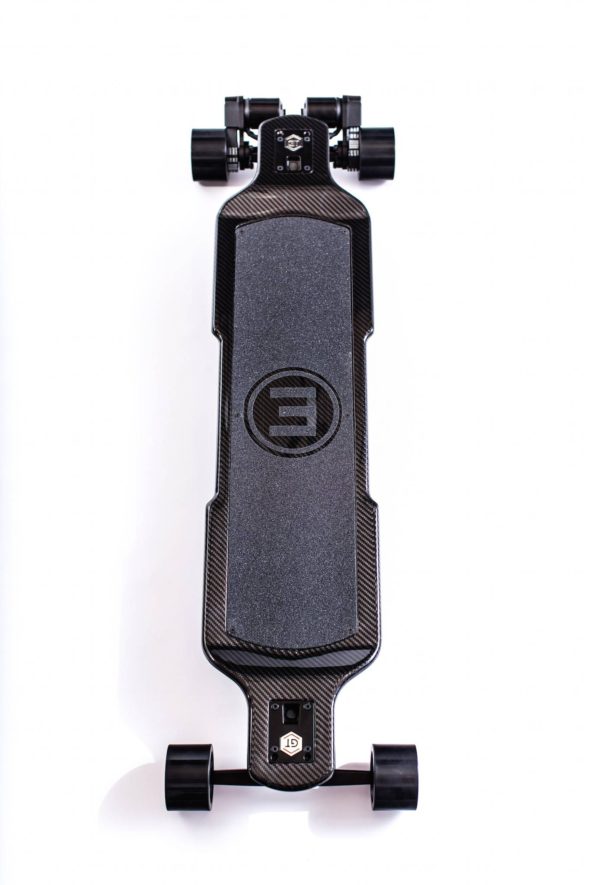