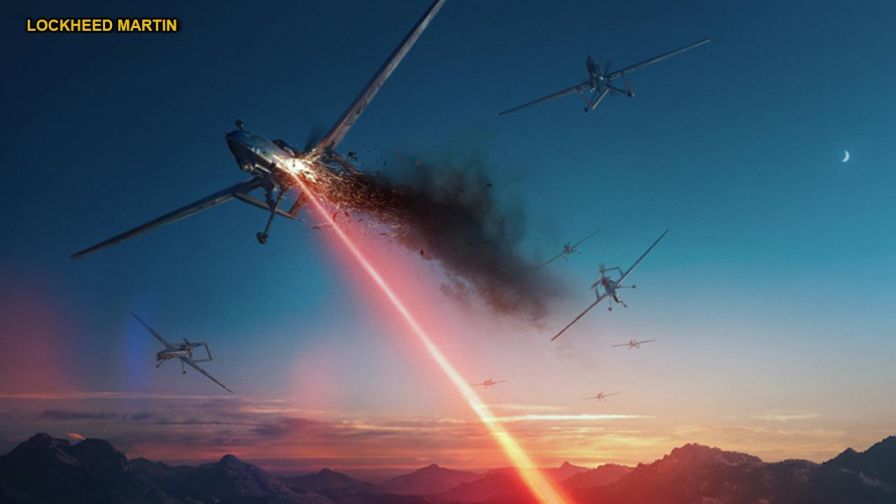 The ATHENA laser weapon can take down aircrafts, and just about anything else, in just a few quite seconds. This futuristic Star Wars like weapon was developed for the US military by Lockheed Martin. As long as there is a power source the weapon can continue to fire. In other words, it is a gun that never runs out of ammunition. The Lockheed Martin ATHENA (Advanced Test High Energy Asset) can be mounted on boats, vehicles, and more.

How does it work?

On the most basic level, ATHENA destroys threats with heat. It is similar to when folks use a magnifying glass to start a fire while camping – but on an incredibly powerful level.

ATHENA is what is called a fiber laser. Fiber lasers combine individual lasers to generate a single, intense laser beam. Each laser is generated by the weapon’s fiber optics. This approach means that the power can be easily adjusted by adding more individual lasers to the combined beam or reducing the number.

Lockheed Martin’s beam control tech uses lenses, mirrors, windows and software algorithms to shape the energy into a focused beam. As the light travels through the mirrors, lenses and windows, the ATHENA system concentrates and modifies the laser’s energy.