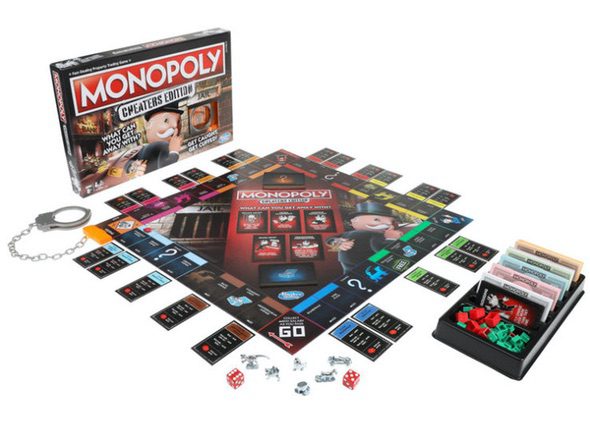 Hasbro has been masterful at turning an old game into a cash cow – Monopoly. Monopoly has been released in so many different versions it is difficult to keep track. The latest rendition of the Monopoly board game is dubbed Monopoly Cheaters Edition.

This Cheaters Edition of Monopoly comes with a new set of rules which tend to help cheaters. Assuming you don’t get caught. There are now 15 Cheat Cards each with it’s own set of risky tasks. If you get caught you are handcuffed to the board game. Don’t get caught.

Monopoly Cheaters Edition will be available in the fall for $20.