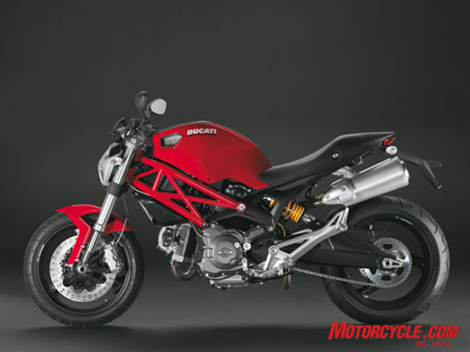 A good example of bad styling is Ducati Paso listed below.  The damn thing looks like it is made of Tupperware… or it is a sport version of the Honda Goldwing.  Either way… it has looks only a mother could love (Sorry Ty). 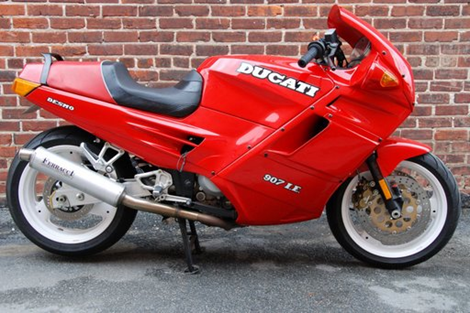 Now on to the Monster 696.  Damn this thing is ugly.  I realize and usually like the stripped down look that the Monster is all about… but this one is the ugliest monster yet! 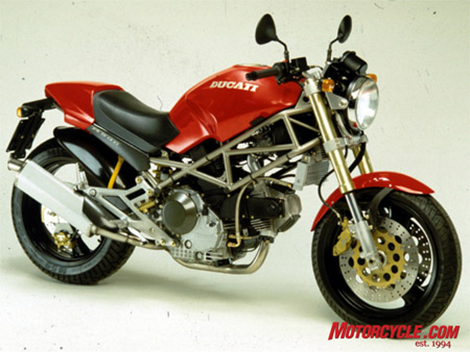 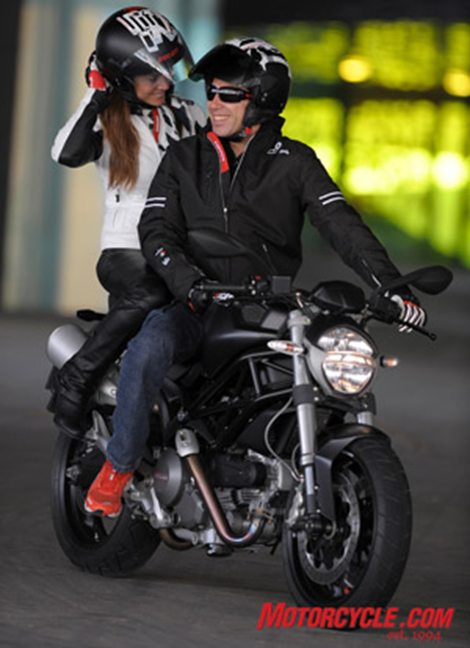 Chronology of the Ducati Monster

1992: The 900 Monster is presented for the first time at the Cologne Motorshow.

1993: The 904cc Monster with Desmodue engine (2-valve, air-cooled) is put into production.

1995: The Monster family expands with the introduction of the smaller 600cc model.

1996: The family is further expanded with the arrival of the 750cc model.

2000: Technology and styling continue to develop. The latest arrival is the Monster 900 with EFI, and the styling of the entire range is updated.

2001: The evolution of sports models continues with the introduction of the Monster S4 with 916cc Desmoquattro engine and completely new running gear.

2002: EFI is introduced on the smaller models; the entry-level model now has a larger 618cc engine. All models benefit from the new running gear used on the S4.

2003: The Monster 800 and Monster 1000 are introduced, the latter equipped with the new Dual Spark engine.

2004: The flagship of the Monster range is introduced: the S4R with 996cc engine, single-side swingarm and totally revised styling and technology.

2005: The family grows with the arrival of the S2R powered by the 800cc Desmodue engine.

2006: The Monster S2R with 992cc engine is born. In addition, an authentic, no-compromise bike is introduced, the Monster S4R S Testastretta, a true naked Superbike with all the power and grunt of the Desmodromic "Testastretta" engine.

2007: The Monster family adds the new S4R Testastretta to its already impressive line-up. This new model is powered by the 130-hp Testastretta, deep-sump,L-Twin engine, previously powering only the top of the range S4R S. Another newcomer is the Monster 695 which replaces the entry-level 620.