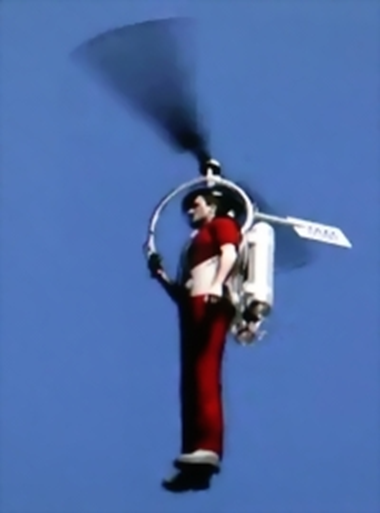 Thatï¿½s right folks, a Mexican company, Tecnologia Aeroespacial Mexicana (TAM), introduced a backpack helicopter (queue in various border crossing jokes). Why is it called a Rocket Helicopter? Because of the tiny jet engines on the tips of the blades that make them spin. The Rocket Helicopter will come with an impressive backpack-like harness that will presumably distribute pressure instead of giving its pilot a rocket powered wedgie. TAM previously made the news with their rocket belt, which for a mere $125K, allowed somewhat controlled flight for 30 seconds. The Rocket Helicopter is in partial prototype stage, no working unit has been built, but plenty low rez concept animations have been made available (just like being thereï¿½ NOT). 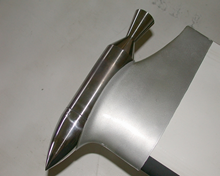 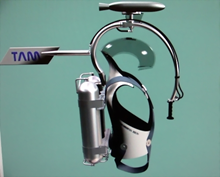