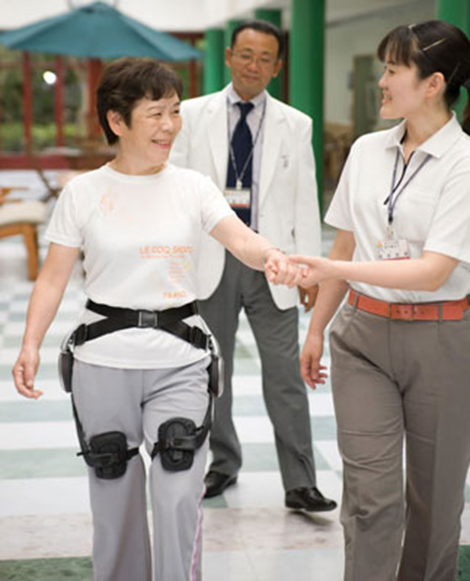 Honda’s been busy showing off its Walking Assist Device at trade shows and whatnot for some time now, but it looks like it’s now finally getting down to some actual trials of the contraption, with it set to begin some collaborative testing with the Shinseikai Medical Group at Kasumigaseki-Minami Hospital tomorrow. They will reportedly be using the device in rehabiliation training to help people learn to walk again, during which time the “compatibility and effectiveness” will be evaluated. In case you missed it, the Walking Assist Device uses some of the same technology that Honda originally developed for its ASIMO robot, including an array of sensors and motors that promise to keep the wearer upright and, eventually, give them a fighting chance against the machines.