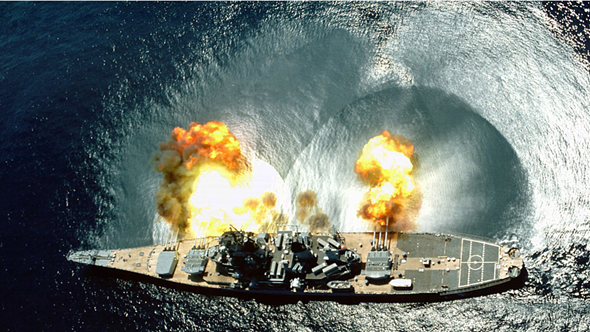 The US Navy has been using MW-36A aerial drones and remote controlled firefish boats for target practice.  They also use retired ships that are no longer needed.  These water based targeting exercise operations are handled by the Pacific Targets and Marine Operations Division (PTMO).  The PTMO operates out of the Naval Base Ventura County (NBVC) at Port Hueneme and Point Mugu.  There are no shortage of acronyms in the military.  The PTMO supplies the US Navy with everything from old remote controlled cargo ships to fast and small jet skis. 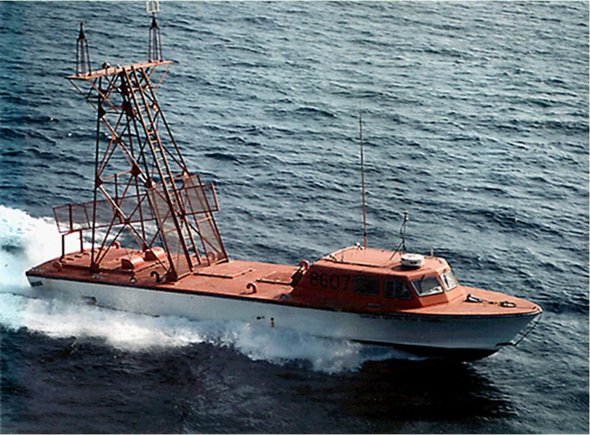 The boat pictured above is a QST-35 (QST-35A, QST-35B) and it even gets its own acronym.  The SEPTAR (SEaborne Powered TARget).  The SEPTAR looks like an old junk boat but it is powered by four V8 Mercury Marine engines and has a top speed of 34 MPH.  This boat can be controlled by a crew but is mainly controlled by remote control for live fire drills.  Duh. 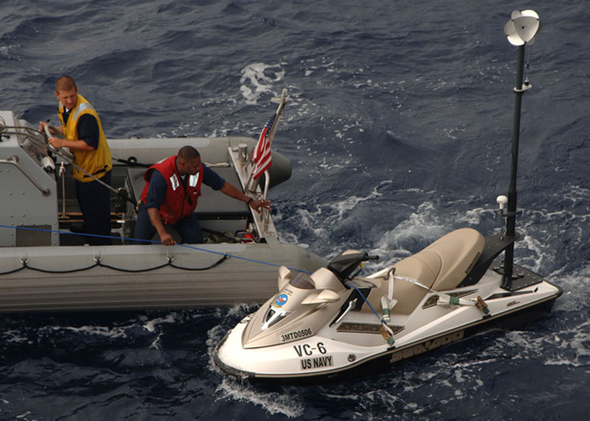 If the SEPTAR isn't fast enough they pull out the Fast-Attack Craft Target (FACT) which has four Yanmar 480 HP diesel motors and is designed like a cigar boat.  The FACT can go 68 MPH and has a range of 400 nautical miles.  The FACT boats aren't cheap, $350,000,  considering they are built to be destroyed.

When the Navy wants to save a few dollars (almost never IMHO) they use towed targets.  These Low-Cost Modular Targets (LCMT) are cheaper because the are basically pontoon boats with cloth targets.