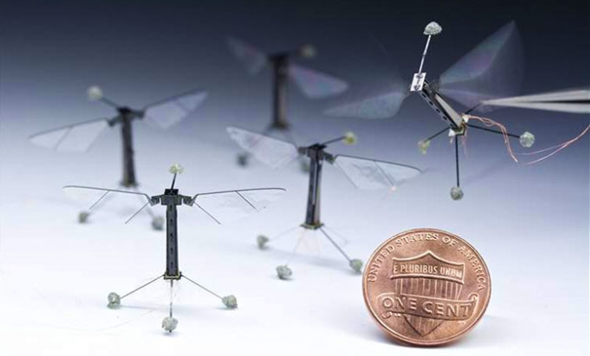 Ahhh, our future is going to be a bit scarier with tiny drones like these quickly becoming a reality.  A group of researchers at Harvard have created the RoboBee which just might be the world's smallest aerial drone.  So small in fact that it doesn't appear to have its own power source and no cameras, yet.

The RoboBee Aerial Drone has two membrane style wings that flap at 120 times per second.  This lightweight aerial drone can hover an fly at low speeds.  While tiny drones like this can be used for good things like rescue operations, building/bridge inspections, etc, it is hard not to imagine a world with spy drones everywhere.  Bummer.  Video of the RoboBee after the break.