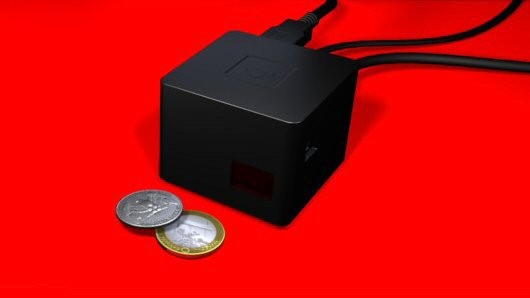 “Israel’s SolidRun has announced the second generation of its tiny fanless computer system, the CuBox-i. Available in red or black, the Series starts with the CuBox-i1, which is able to run Android Jelly Bean or Linux, and packs a 1 GHz processor, 3D graphics and 512 MB of RAM. Not too shabby for just under US$45.”

All four members of the CuBox-i series measure just 2 x 2 x 2 inches (5 x 5 x 5 cm), and are built around Freescale’s i.MX6 system-on-chip architecture, featuring ARM Cortex A9 processor options. Suggested uses for the scalable computing cube include connecting the device to a TV to give it Android capabilities, using XBMC Media Center software to turn the CuBox-i into an entertainment hub, and rolling out the little computer in a server fed thin client setup … or you could just use it as a teeny tiny desktop computer.

For the low starting price of $44.99, you’ll get the entry level CuBox-i1 computer. This flavor features a 1 GHz single core processor, Vivante GC880 3D graphics with support for OpenGL and ES 1.1 and 2.0, and 512 MB of DDR3 system memory. It doesn’t come with internal HDD or SSD storage, but there is a microSD interface for storage of the OS on a media card. Users can choose to run either Android 4.2.2 or one of the latest Linux distros, and it can also come pre-loaded with an open source SDK for application adaptability. 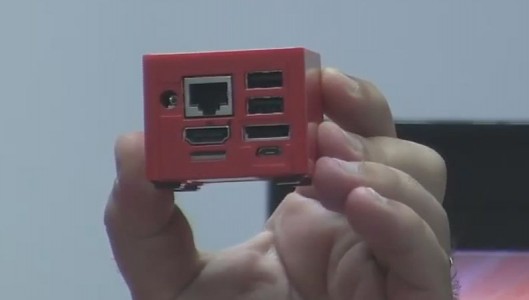 To the rear is a HDMI 1.4 interface, two powered USB 2.0 ports and 10/100 Mbps Ethernet connection. It comes with S/PDIF optical audio out and an IR receiver. Wi-Fi and Bluetooth are available for an extra $15. It will also cost you another $8 for a power adapter, though it is entirely possible that you may already have a compatible 5 V/2 A adapter kicking around somewhere. You’ll need to provide your own monitor or TV, and IO peripherals, too.

The specs improve as you move through the remaining models in the range until you reach the top dog, the CuBox i4Pro. Priced at $119.99, SolidRun has packed a good deal more computing power into this 2-inch cube. It features a 1 GHz quad core processor, Vivante GC2000 3D graphics with support for OpenGL, ES 1.1 and 2.0, and OpenCL 1.1E, and 2 GB of DDR3 RAM. Like the rest of the Series, the computer’s OS is run from a microSD card, but there’s also an eSATA II 3 Gbps interface for connecting external drives.

Micro-USB to RS-232 serial port connectivity joins the HDMI 1.4 and two powered USB 2.0 ports, and S/PDIF optical audio out. There’s Gigabit Ethernet (although a maximum bandwidth of 470 Mbps is available due to limitations of the chip), a built-in Real Time Clock with battery backup, and an IR receiver and transmitter. 802.11n Wi-Fi and Bluetooth are included, though you’ll still need to pay extra for a power adapter to be supplied with the unit.

The CuBox-i Series computers are available for pre-order now, with worldwide shipping due to start by the end of November.