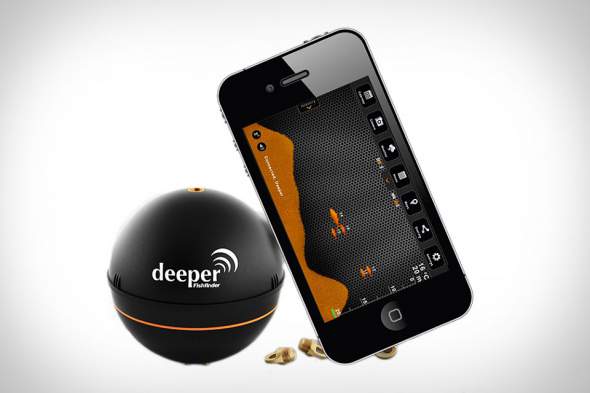 If you have a fishing boat, you probably have a sonar based system onboard that shows depth and hopefully some fish. This technology is very useful but not often very portable. The Deeper Fishfinder ($259) changes everything with a easy to use portable Bluetooth fishfinder.

The Deeper Fishfinder is perfect for shore or fly fishing, kayak and small craft fishermen, and more. The unit small sonar unit can be cast on a fishing line to any area you want more information on. The unit transmits live data back to your iOS or Android smartphone/tablet via a built-in Bluetooth antenna. Users can instantly see the depth, lake/pond bottom, fish, and temperature. There are two sonar beams for wide coverage.  Video of the Deeper Fishfinder after the break.