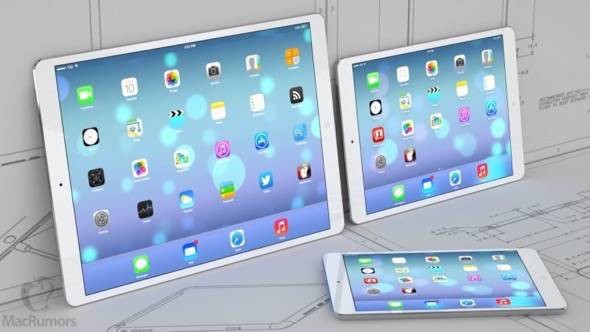 According to analysts from J.P. Morgan who are trying to follow the parts trail they believe Apple is like going to reach a production capacity of one million units by the end of this year. Other rumors for the iPad Pro (large iPad) are that it will come with a glass-film-film touch panel and a stylus. Glass will reportedly come from Sharp and GIS.