Angers me too much to type about it…. here is some of what Wired has to say, “The Protect America Act, a temporary but expansive warrantless spying bill passed by Congress last summer, will likely expire Saturday at midnight, a casualty of a battle between President Bush and House Democrats over amnesty for phone companies that aided his secret, warrantless spying program and how much of that program should be legalized. The House leadership announced there will be no more votes before the long President’s Day legislative break…. Though Republicans charge that the expiration will endanger national security, no wiretaps or dragnets will be forced to stop and the government will retain longstanding surveillance powers. ” 🙁 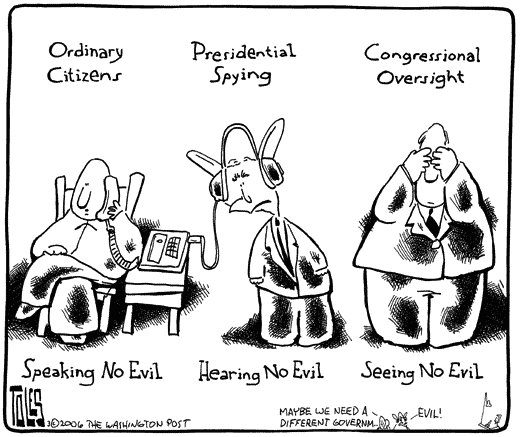