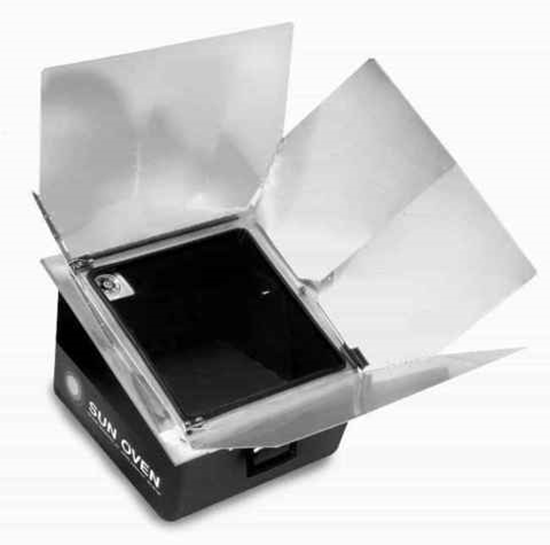 If/When we end up in a grid down or disaster situation which leaves us without power for cooking, a solar oven just seems to make sense.  One of the best options out there, the Sun Oven seems like a logical choice to add to the list of options.  It won't work as the only option of course but during the summer months there are numerous reasons why it may be the best option.  No need to waste fuel, no fire or smoke danger, it won't give away your position with smoke or smell (you'll have to think about the reflection though) and it won't make things hot inside.  We loved the idea of the solar oven and gently begged asked Sun Ovens International for a sample of their Sun Oven to put through the paces.  Shortly a Sun Oven from Sun Ovens International in Illinois arrived.  Read on for a full review of the Sun Oven.

This is what the  box has to say. 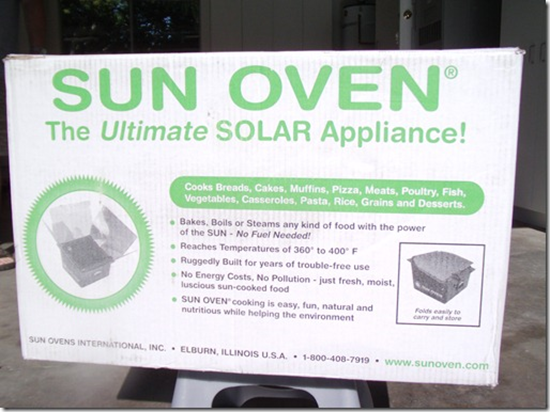 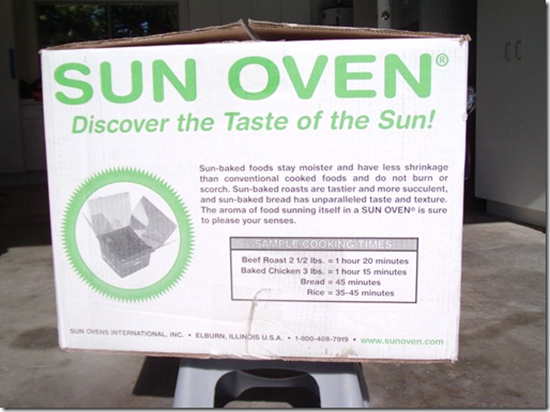 After pulling it out of the box I ended up with this, 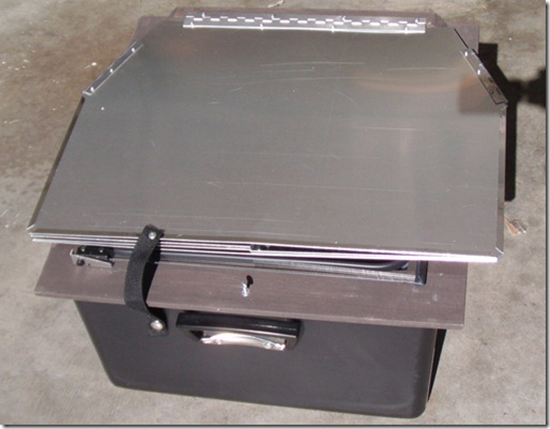 ,it had a bunch of packing Styrofoam stuck to it but a couple of minutes with the shop vac took care of that.  The reflector is hinged to be a single piece as shown here. 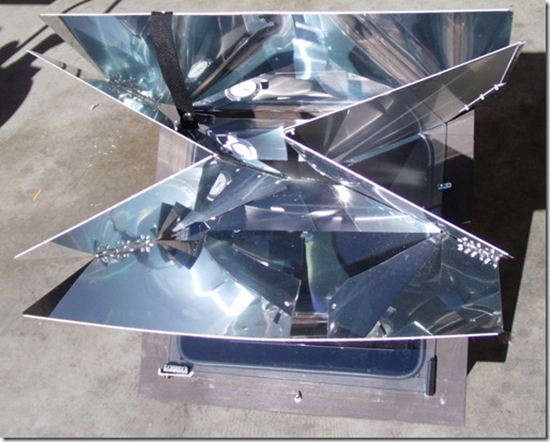 When fully deployed you end up with this 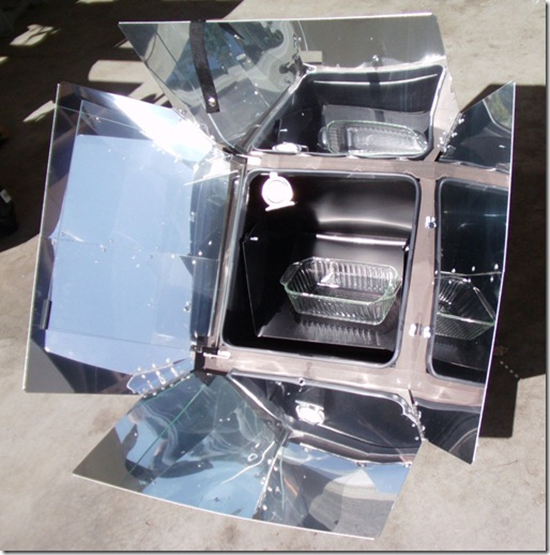 The bread pan in the picture above is sitting on a swinging tray that allows whatever you're cooking to stay level as you tilt the oven to catch the sun properly.  It's not very big though so you won't be cooking a big tray of lasagna or anything in it.  The thermometer is in the upper left corner of the main box.  The glass door seals down on a rubber gasket and has a rubber tab on it so that you don't burn your fingers when you open it.  The door seals so well that they recommend using less water for most recipes except bread. 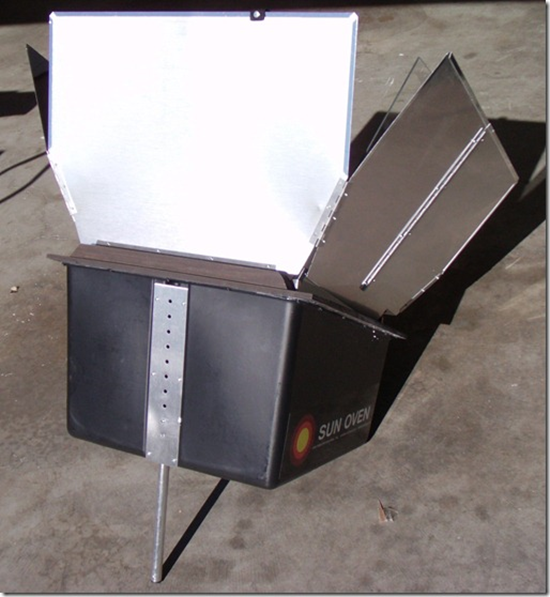 The leg lets you tilt the oven into the sun and adjust it as the sun moves while you're cooking.  It's got a little spring loaded nub that seats in the holes to hold it in place.  I found that in order to avoid having to deal with each hole as I moved it I could just rotate it a couple of millimeters to one side and then slide it past any holes that I wanted to skip.

Some people have complained about a plastic taste on their foods, but this is most likely because they didn't follow the instructions of cooking nothing for 45 minutes and then thoroughly cleaning the unit.

After the oven was over 300 degrees Fahrenheit I boiled a pan of water for about 15 minutes and then washed the whole thing with soap and water.  The unit took about 30 minutes to go from cool to 350 degrees.  I put a loaf of whole wheat bread in for an hour and 5 minutes.  The recipe said 45 minutes but the temp was hovering around 330 and it didn't get a nice brown color until over an hour.  A couple of notes on the baking bit.  The load had risen nicely but fell  getting it into the oven.  The sides are HOT. (yes the implication that someone got a little burned and dropped the load is correct)  Also when taking the loaf out the oven sort of fell over.  I think that was because it was on a sloping driveway and canted a little sideways to catch the sun.  Just be careful and you'll be fine.

Overall it worked as expected.  I would recommend the Sun Oven to anyone who wants to be prepared for emergencies, save energy, or just have fun cooking with the sun. 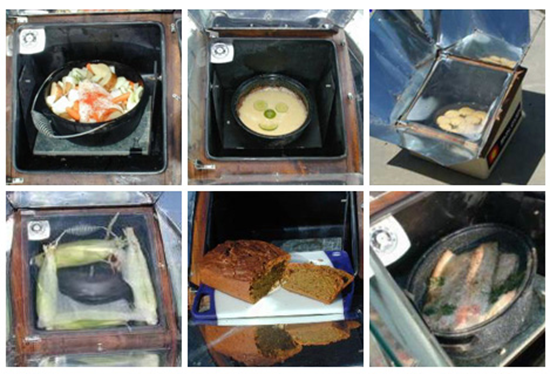 Thanks Pete at PrepperKing.com for the cooking fun and review.