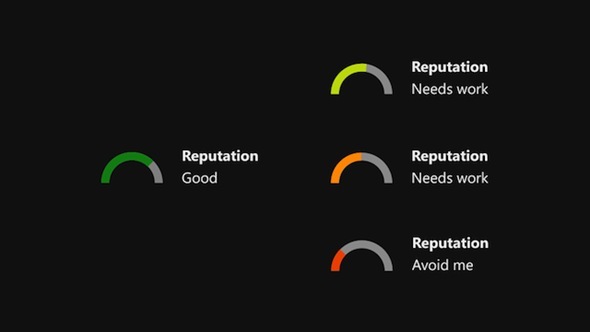 If you are a gamer on the Xbox One and are playing on Xbox Live then you might want to have a quick read of how the new Reputation System works.  If not, carry on.

Michael Dunn, the Xbox Live manager, hit the Xbox Wire blog to fill folks in on how the new consoles reputation system will work.  There are three levels of reputation, Good, Needs Work, and Avoid Me.  Most folks will live in the "good" part of town unless they get feedback from the gaming community that they are doing bad stuff.  Bad stuff can be anything from disruptive play to offensive language, etc,  Simply put, if enough players report you for being an ass then you can be hit with penalties.

Not to worry, the system also adjusts for false reports from jealous gamers and the like.