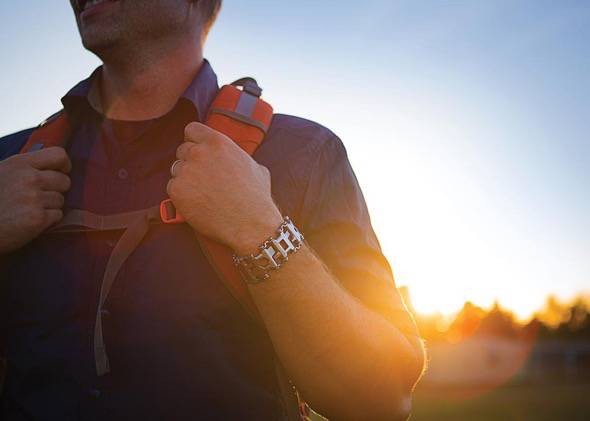 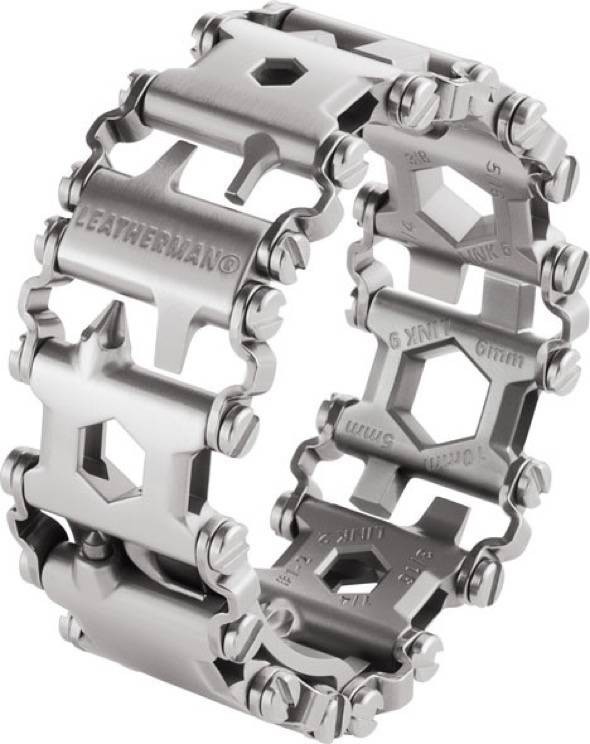 "The idea originated on a trip to Disneyland with my family," said President Ben Rivera. "I was stopped at the gate by security for carrying a knife, when what they had actually seen was my Skeletool. I was unwilling to give it up, so they made me take it all the way back to my hotel room. I knew there had to be another way to carry my tools with me that would be accepted by security." When he returned from his trip, Rivera, who began his tenure at Leatherman Tool Group 24 years ago as an engineer, began by wearing a bike chain bracelet to see how it would feel. As his thoughts took shape, he brought his idea to the engineers at Leatherman who helped fast track his plans.

As if the Leatherman Tread ($150-$200) isn’t cool enough in a standard configuration the user can fully customize the bracelet by rearranging the links, adding new ones, and getting the length just right in 1/4-inch increments. Still not impressed? Buy the optional watch attachment then! 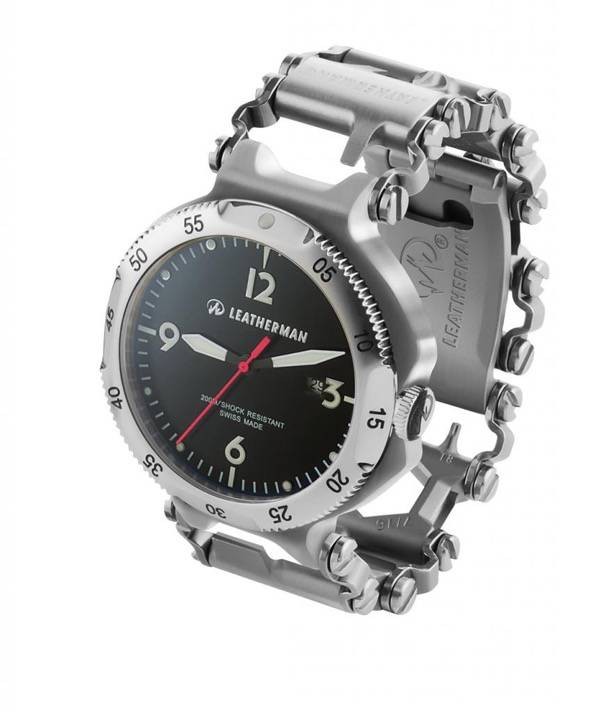 A version of the Tread bracelet that includes a watch will be available in Fall 2015. The Leatherman TreadTM QM1 will feature a unique Leatherman-designed and Swiss-made timepiece with precision quartz movement. A shock resistant sapphire crystal ensures scratch resistance for heavy duty wear, and the curved watch limits reflection and increases outdoor visibility.

Assuming this thing is comfortable I may just be wearing one of these bad boys. Way to go Leatherman!