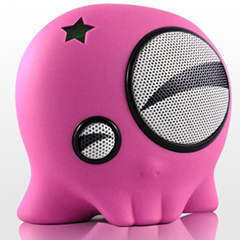 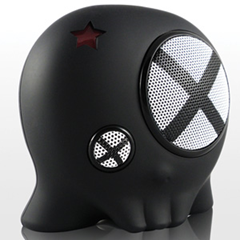 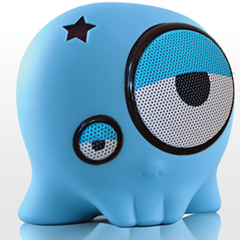 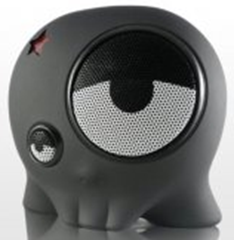 While reviewing the SkullyBoom SB1 Portable Speaker System one thing became clear in a hurry, the SkullyBoom is quite the conversation piece.  This stylish little speaker had people stopping in mid stride and coming in to my office asking what it was.  The speaker looks like no other, reminds me a bit of the Japanese cartoon scene.  The SkullyBoom SB1 Speaker works with just about any device with a standard 1/8″ audio connector.  We tested the SB1 on an iPhone, read on for details. 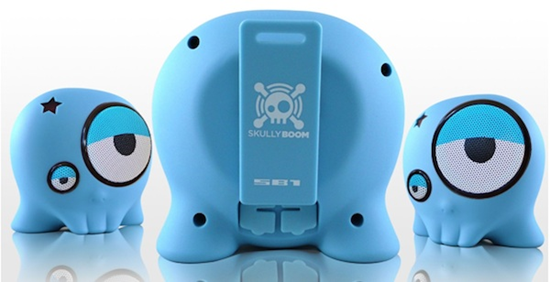 I have to admit, when I first looked at the speaker system I expected subpar sound quality from this little guy (about 3.75"H x 3.5"W x 2"D).  After unpacking and playing with the SB1, a few things stood out, the smooth coating, the nice retractable audio cable, the clever placement of the power light, the fact that it uses a rechargeable lithium-ion battery (less drain on your music player and 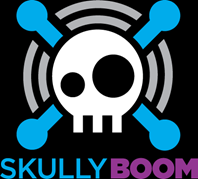 better sound quality), a removable clip, and lastly the great sound.  Again, I was shocked by the sound that came out of the SkullyBoom SB1.  This little guy actually has decent bass, you aren't going to break any windows but it sounds good and doesn't distort when cranked up loud.

The speaker is incredibly strong and has zero flex in the plastic casing and thick metal grills for the eyes/speakers.  If you happen to be one of the few who can manage to break your SB1, SkullyBoom will replace it under their "No matter what one-year warranty".

The speaker takes about an hour to charge and will play music for at least 4 hours, we had the volume low but managed to get much more than the stated 4 hours.

The SkullyBoom SB1 (aka Boombotix BB1) comes in several colors such as White, Black, Blue, Purple and sell for about $49.95.