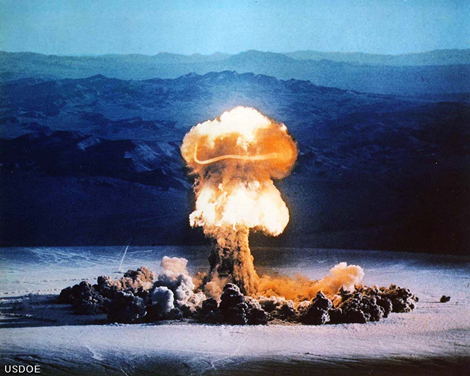 Something caught my eye the other day when I was scouring the web for new ways to save the humanity utilizing nothing but the power of the Sun and the Wind. A certain MIT heavy, professor Donald Sadow­ay, was pitching the concept of a liquid metal battery. On the surface the idea is sound, going off the premise that we’ve got buttloads of sun and wind energy, the real trick is not generating the energy but accumulating it for the dark and windless times. I am with it so far… There are tons of problems and limitations with conventional means of storing energy at this time. Again, no argument here… The Idea, proposed by professor Sadoway involves creation of a liquid battery with the electrodes made out of molten metals (Mg and Sb), and using a molten salt as the electrolyte. Without providing any real numbers, this hot cocktail claims to provide more juice for less money for a longer period of time. Everyone wins, and the humanity is saved!!!

Now I am clearly not a MIT professor, but there are several aspects of this cocktail that leave me scratching my scientifically underdeveloped Cro-Magnon turnip… The choice of metals such as Magnesium and Stibium (some of ya’ll call it Antimony) seems dubious at best due to the way they tend to behave at around 1200F degrees… Speaking of 1200 degrees, that’s also well above the auto-ignition temp for the SodiumSulfide chosen as the electrolyte. Soooo basically, smell aside, we are talking about a not very portable (by far), super heated, corrosive, wickedly toxic (like Arsenic), happily explosive if exposed, pots of liquid metal goodness carrying a potent electric charge. I think this would have to have a much longer caution/disclaimer list than the SNL’s Happy Fun Ball.  Hell yes I want that buried next to my house to address my electric needs! Opening the floor for discussion and a chance to prove my fears to be unfounded in 5, 4, 3, 2, 1….